Give your superstar in the making a name worthy of an American Idol. We’ve hand-picked great Idol baby names, from the names of Idol winners to memorable personalities from the show. 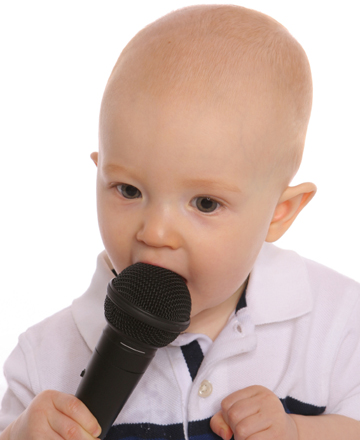 Addicted to American Idol? You’re not alone. This iconic reality TV show is now in its 12th season. Winners and runners-up have gone on to launch successful careers in the music and film industries. We’ve taken a look at the best names from American Idol to help you in your baby name search.

When American Idol premiered, no one could have known what a cultural phenomenon it would become. Now, over a decade later, American Idol is still going strong. From auditions to the live shows, American Idol episodes hook viewers from around the country. Will you be hooked by one of these fantastic baby names?

These eleven contestants took home the big prize after America voted during the American Idol finale. Each has a unique style of performing and a beautiful name.

We’ve taken a look at contestants from each of American Idol‘s 12 seasons and picked out great names. If you’re not inspired yet, check out these stand-out baby names inspired by American Idol contestants.

Consider a few things when you’re naming your child after an American Idol contestant. While your first consideration will clearly be whether or not you like the name, you may also want to consider whether or not you like the contestant’s style of music and personality. Then again, if you love the name and you don’t love the Idol, you can always say you found it in a baby book. Good luck naming your next American Idol!