What happens when you want more children, but your better half doesn’t share your vision? Sometimes, the stalemate can end badly — and can mean the end of a marriage. 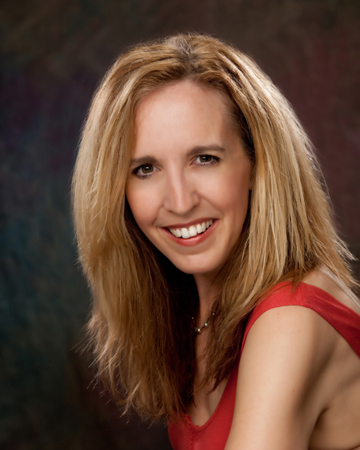 This mom wanted more children, but her husband felt otherwise.

When Melissa Hassard’s oldest child was about 2 years old, she began envisioning life with a sibling for her young son. At the time, her husband was happy having one child, but she persisted and he backed down. “When we got married, neither of us knew how many children we wanted, but I secretly thought I wanted three,” says Hassard. “I just felt there was something significant about being outnumbered by the number of kids in the house.”

Read about common problems in the first year of marriage >>

Number two on the way

Life went on for Melissa and her husband, but there always seemed to be an underlying tension about the number of children they would have. Around the birth of her second child, Melissa’s husband experienced two difficult job layoffs and the stress of life came down hard on her growing family. With the job losses and financial problems, Melissa’s husband began feeling depressed and his confidence plummeted. She felt the wedge between them, as well as their debt, grow bigger and bigger with each passing day.

Find out how to avoid money arguments >>

Baby number three arrived in the midst of the struggles, and Melissa’s marriage was anything but thriving.

The couple was in a tough spot and when their youngest was about 4, Melissa decided to go back to work, after 10 years of staying at home, to help relieve some of the stress on their finances. While the extra money helped a little, the damage to the marriage was significant.

“Our differences in attitudes toward parenting, along with his depression, our debt, and my resentment had already begun taking its toll,” she recalls. “Our marriage ended but we both firmly felt that our children would have an easier time adjusting if we stayed on the best terms possible.”

Melissa had a vision for her family and she pursued it but her marriage didn’t succeed in the process. Today, she is enjoying a new career and redefining her life while raising three beautiful, thriving children. Her acquired wisdom may help save another marriage. “Talk to your partner and then listen,” she suggests. “Find out early on what your partner has in mind when they speak about raising a family, about what it looks like, how many children there are, what the plan will be for raising them.”

Life is anything but predictable so planning the number of kids you and your spouse want to have can sometimes be tough. Still, it’s worth the effort to make sure the two of you at least establish an understanding.

“Sometimes life doesn’t go just according to our plan and unexpected changes occur along the way,” says Erica Ives, licensed marriage and family therapist. “Of course in an ideal world, it is important for a couple to make and agree on a solid decision about the number of children they want to have before getting married. However, numerous factors may emerge that interrupt that ‘agreed upon’ number of children to have once married.” Once those factors come into play, you can revisit your understanding but addressing the issue up front may help avoid future heartbreak.

More about marriage and kids

20 Ways to spice up your marriage after kids
What’s more important: Your children or your marriage?
Two-hour dates for busy parents