For decades, a college degree has been the standard for young adults looking to make their mark on the professional world. But has college become obsolete? 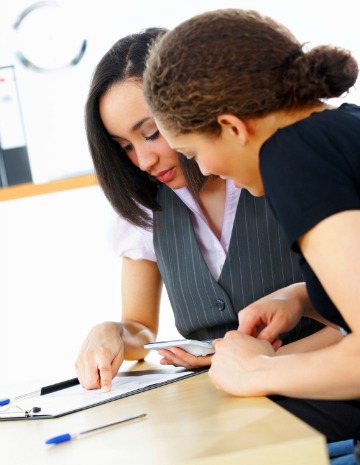 Perhaps not entirely, but mentoring is definitely gaining steam as a legitimate alternative to the traditional college path.

Mentees may be better prepared to enter the workforce than their college-educated counterparts and they’re definitely in less debt. Mentoring may be just what your teen needs to launch into adulthood.

Once upon a time, mentorship was a rite of passage. Young people used to study under the tutelage of an experienced adult, often a family member, in a specific trade or business until he was ready to go out on his own.

While formalized education has been the norm in the U.S. during our lifetimes, mentoring is resurfacing. “The apprenticeship or mentorship model is making a comeback,” says Mike Cheney, director of the AME (Apprenticeship, Mentorship, Entrepreneurship) project. “The environment for its return is being aided somewhat by current economic conditions. For instance, a college education has become prohibitively more expensive and at the same time less valuable in terms of producing income, or even a job for the graduate.”

Should kids pay for their college education? >>

There was a time when a college degree was the minimum requirement to land an interview, let alone an actual job. But that train of thought could be changing as employment evades plenty of college grads. “Graduates 25 years and younger face an unemployment rate of 53 percent,” says Cheney. “What’s more, according to Stock Market Watch, 70 percent of the jobs being created today do not even require a degree!” Mentorships offer unique opportunities for a young person to learn the skills required for a specific profession as well as character development and valuable life lessons. Essentially, the mentor shares his wisdom, not just his knowledge, with the mentee — an exchange that rarely occurs in a college setting.

Find out: Do your kids really need college? >>

When Corey Cheney graduated from high school, college was an option but he chose a different path. “I was actually first introduced to the mentorship model by my father,” he says. “He and I talked about the paths available to me for continuing my education beyond high school. After talking about the path for my life and continuing education we decided that mentorship would be the best path for me.” Corey’s mentorship included practical education in theology, real estate, character development and video production. He now owns and operates a successful video production company, Provident Media Group. Corey has benefitted greatly, both personally and professionally, from his mentoring experience — and without taking on overwhelming debt in the form of college loans.

Chasing the Dream: Using your intuition to achieve your dreams >>

Be open to the process

Mentors can supportively launch a mentee into the next stage of life, but only if the mentee does her part. “The student has to be willing to let the mentor in and let mentor them, not just teach them,” says Corey.

“Basically, you as the mentee have to be willing to be taught and to ask for advice.” Another benefit of a mentorship is that there is no formalized structure. The situation can be defined in a manner that works best for the mentee and mentor, whether that means five days a week or one to two days a week over a certain period of time. Mentoring can also be a great supplement to a college education. There’s no better way to acquire hands-on experience in a particular field than to shadow someone in that field.

Read about secrets to career success >>

Finding a mentor doesn’t have to be a daunting task. “If you want to learn a specific trade or business and you or your family knows someone who is in that business, ask them about mentoring,” says Corey. “The other way is to check out AMEprogram.com. It is a national network of mentors and mentees that you can join and find mentors in your area in all types of businesses.”

Chasing the Dream: Why you need a mentor — and how to find one
Career women: Mentor your way to success
Strong Women Strong Girls: Mentoring program for girls