Yes, babies can rock smart baby names! You don’t have to worry that they sound too stuffy for a little boy, either — many of these names have easily-manufactured nicknames or other variations to consider. 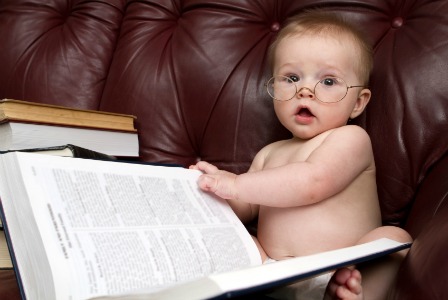 Are you looking for a smart-sounding name for your baby boy? We’ve gathered names that have a very intelligent ring to them. These names come from famous smart men as well as fictional names. Gear up to name your little Einstein.

These smart baby names will give you a jumping board and a solid step in the right direction. Which one is your favorite?