A gala in New York City isn’t complete without a heartwarming cause, beautiful faces and inspiring tributes. The National Down Syndrome Society delivered on all fronts at its 2013 Annual Gala and Auction. 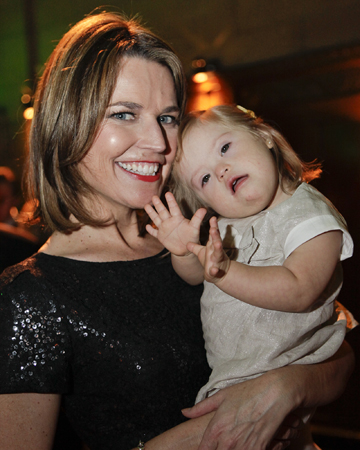 Savannah Guthrie, NBC Today show co-anchor and NBC News chief legal correspondent, emceed the event as part of her ongoing support for individuals with Down syndrome. Guthrie’s uncle, now deceased, had Down syndrome. Guthrie credits him as a source of inspiration throughout her childhood.

“I’m always so delighted when I see companies that highlight this community of wonderful people in a positive way,” Guthrie told SheKnows. “It’s my hope that other companies will be inspired by that example. This work that NDSS is doing is vitally important, and I’m so proud to be a part of their mission, [which] is deeply personal to me because of my love and affection for my uncle, who had a great impact on my life.” 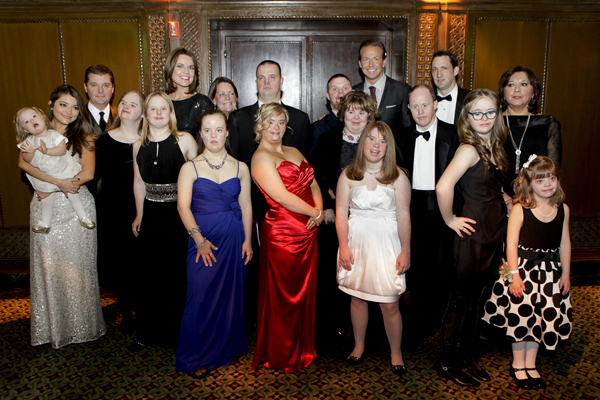 Monica Hillman represented Dolores Cortes USA at the Gala and shared with SheKnows how she came to select Valentina as a model.

After reconnecting with a college friend, Monica invited her to attend Miami Fashion Week in 2011. Her friend’s daughter, Cecilia, attended instead. Cecilia was pregnant, and Monica kept in touch with her after she gave birth to a beautiful baby girl named Valentina.

Shortly after Valentina’s birth, her grandmother (Monica’s college friend) called Monica to share the news that Valentina had been diagnosed with Down syndrome.

“The family was going through a difficult time,” Monica shares, “and I lent a hand and tried to encourage and help them as much as possible.”

Soon, Monica began to see beautiful pictures of Valentina shared via social media by her family.
Valentina’s mother, Cecilia, recounts, “Monica had commented on a picture of Valentina on my Facebook page saying that she was very pretty, so I responded, ‘You should have her in your next catalog!’ and it all started from there.”

Monica says she “was taken by Valentina’s beauty, joy, and smile… I was in the process of introducing a new Dolores Cortes line, DC Kids… [and] thought it was the perfect opportunity to reach out, and put Valentina on the cover of the DC Kids USA catalog.

“Not only would she be seen to whoever looked at the DC Kids magazine, but it would also help her family, [which] was my initial purpose. I never knew this campaign would become as big as it did, and I thank the Lord God for the way this turned out.”

“The world is ready”

In no time, media coverage included The Huffington Post and People magazine.

“Valentina is a star and has helped so many people across the world,” Monica says. “We believe that everyone in the world deserves the same opportunities as the next person. By featuring Valentina on the cover of the DC Kids magazine, we helped change the current perception of Down syndrome and show[ed] the world that inner beauty exists in everyone.”

While companies and publications have begun to feature more diverse models in advertising, this is reported to be the first time a child with Down syndrome has been featured as a cover model for a clothing catalog.

“I think it shows that the world is ready and truly values ad campaigns that portray various types of real people,” Valentina’s mother, Cecilia, shares. “I am hoping Valentina’s picture will help broaden the definition of beauty and make companies and individuals want to celebrate our differences, which is what makes us unique.”

“We hope to contribute and help change the perception in the fashion industry,” Monica adds, “because I believe that fashion is for me, for you and the people next door.”

Cecilia has advice for companies who haven’t yet considered such diverse models. “I strongly encourage them to seek models — and employees for that matter — with different abilities. Companies will be surprised with the overwhelming amount of positive responses from all over the world. They will broaden their target audience [because] everyone has someone that has been touched by an individual with distinct capacities.”

Images courtesy of the National Down Syndrome Society (NDSS)