What if you could create your perfect child? Hair color, eye color, height, intelligence, personality… each selected as easily as sides from an a la carte menu. 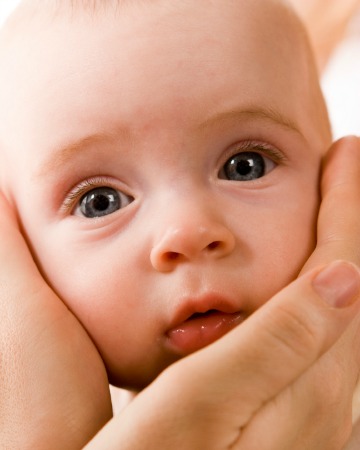 Except, ordering a genetically engineered child is not as simple as ordering take-out, which generally isn’t served with helpings of moral dilemmas and sides of ethical quandaries.

At first glance, it may seem horrifying to consider “building” your own baby.

Now consider another scenario: What if you knew your child would be born with a genetic disorder? Would you wish it were different? Maybe.

Would you do something to change it?

On the eve of Valentine’s Day, a universally celebrated holiday that has undoubtedly led to many a child’s conception, Intelligence Squared U.S. (IQ2US) presented an Oxford-style debate titled “Prohibit Genetically Engineered Babies.”

Streamed live from New York City online, the debate also will be available via NPR and PBS.

As the IQ2US team prepared to debate a proposition to prohibit genetically engineered babies, they asked, “… even if the science could be perfected, is it morally wrong? Would it lead to eugenics and a stratified society where only the rich enjoy the benefits of genetic enhancement? Or would the real injustice be depriving our children of every scientifically possible opportunity?”

Arguing for the motion (i.e., arguing for a ban on genetic engineering):

Tracking the voting patterns of audience members who voted in both the pre- and post-debate votes, the breakdown is as follows:
But, what does “genetic engineering” mean? Silver described its ability to “allow prospective parents to give their child genetic information that they themselves do not carry.”

Krimsky and Winston unwaveringly focused their arguments on the unknowns surrounding genetic enhancements and the complexity and unpredictability of genetic engineering.

“From a biological and developmental standpoint, so-called traits cannot remotely be enhanced by modification of a gene or two,” Krimsky insisted.

From a moral standpoint, Krimsky and Winston argued that the pursuit of the idea of human perfection is immoral and heinous, citing the Nazis’ work to wipe out the Jewish population.

Winston briefly gave a nod to their opposition’s focus on genetic abnormalities “because, of course, gene defects are appalling. They are amongst the worst kinds of diseases that people have… and there’s no question that if we could avoid these diseases, if we could prevent them or treat them more effectively, we should do so.”

But he backed away from endorsing genetic engineering with the point “… that in preventing one genetic disease, you’re likely, very likely, to cause another genetic disease.”

Farahany countered, “I have news for you, which is every single time we choose to reproduce there’s uncertainty. We have no idea how this unique combination of individuals is going to result.” Her point was met with applause from the live audience.

Farahany focused her arguments on two points: That genetically engineered babies exist already, and that oversight and regulation of genetic engineering are better than an outright ban.

“Technology itself is not evil,” she said. “Only misuse and misapplication is.” She pointed to prenatal screening (used to identify embryos showing signs of genetic disorders, often for the purpose of termination) and even the use of folate during a woman’s pregnancy. She warned that the United States is being left behind by other countries already pursuing genetic engineering discoveries.

Farahany also focused on the deeply personal human side to genetic disorders, sharing a story of a mother who gave birth five times only to watch each newborn die within hours of birth.

Her sixth pregnancy resulted in a son who survived but, by age four, began falling repeatedly and now will spend the rest of his life in a wheelchair. The cause was Lee syndrome, a rare mitochondrial disease passed along to all six of her children.

“The only way that Sharon or any woman with a high level of mitochondrial abnormality will have her own healthy genetic children is through genetic engineering of the babies,” Farahany said.

Why must children have parents’ DNA?

Krimsky responded to the example by pointing out that Sharon chose to continue to have children.

“What is the urgency of people to have their DNA in their child?” Krimsky asked. “In fact, most of the things that our children get do not [come] from our DNA [but] from all the enhancement that we give them.”

Silver added another layer to their team’s emotional debate: “If you are thinking about voting for this proposition [to prohibit genetic engineering of babies], you’ll need to explain why you did so when your daughter or granddaughter comes to you with the following question: ‘Dad, grandpa, why can’t I give my child health-promoting, disease preventing genes that other children get naturally?’ If you can’t answer that question, you must vote no on this proposition.”

Perhaps that challenge changed minds. At the debate’s conclusion, a second vote showed a sway against banning genetic engineering of babies, as well as a swell in the number of undecided attendees.

Want to learn more? View the entire debate. You can also read this writer’s opinion on allParenting.

What do you think? Should parents have the choice to pursue genetic engineering? Or does a ban effectively put an end to trait tinkering?

Embracing my son’s Down syndrome: One mom’s opinion of genetic engineering
Understanding the AFP test
Prenatal and diagnostic testing: What to know before you test