What were on the minds and Twitter feeds of our favorite celebrity moms? Alicia Silverstone tweeted her Valentine’s Day plans and tips on finding a “vegan partner,” while Adele explained that awkward photo with Chris Brown. Mom-to-be Jenna Dewan-Tatum is ready to get back in “corset shape” while Kendra Wilkinson and Kate Gosselin have fun with their upcoming Celebrity Wife Swap! 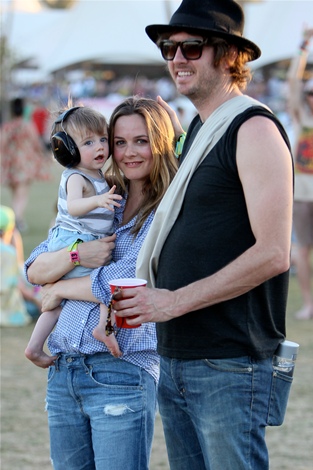 “This is how I’m spending my Valentine’s Day with my two Valentines,” tweeted Alicia Silverstone, with a link to her blog and a photo of her husband and her son, Bear.

“Our family isn’t big on exchanging gifts… the best gift is spending time with my two guys. That said, I was just informed not to make any plans,” she writes. “Christopher said he has something planned… my guess? Partner yoga at our fav yoga spot,” she wrote.

Also on her Twitter feed? Silverstone, who advocates for a vegan and “Kind” lifestyle, shared tips on finding “fair” chocolate:

“Is your chocolate fair? Find out & how to stop child labor, slavery and human trafficking in the chocolate industry”

And finding a vegan boyfriend:

“Vegan dating pt. 2  – Ideas for finding a veg partner or intro’ing your omni partner to a kind lifestyle.”

A photo of Adele and Chris Brown at the Grammy Awards has caused a lot of speculation, as it appeared that the British singer was confronting Brown because he didn’t stand up when Frank Ocean won Best Urban Contemporary Album.

Adele took to Twitter to clear up rumors, tweeting, “Chris Brown and I were complimenting each other in that photo actually!”

Now that we have that cleared up, let’s discuss one more thing — Adele’s new “A” tattoo on her neck, which she showed off at the Grammy Awards with her hair in an updo.

What does it mean? She has yet to announce her son’s baby name, however this could confirm the rumors that she named her son Angelo. That was the name that was also written on a necklace she was wearing shortly after giving birth.

Or perhaps she just decided to get a tattoo with her own initial? Either way, the songtress mum is staying mum.

“Thanks @Esquiremag! Nothin like a lil motivation to get back in corset shape soon #beforebabybump #ihadawaist??” tweeted Dewan-Tatum, with a link to a sexy photo of her pre-pregnancy.

Dewan-Tatum has been glowing since announcing her pregnancy — and perhaps this is one of her secrets?

“This beauty tip is just too good to keep to myself: skii facial essence is amaaazing! I’m in love and I’m not being paid to say this,” she wrote.

No word on what she and Channing did for Valentine’s Day, but she did share who she was rooting for in the Super Bowl.

“Super Bowl Beyonce Sunday!! Who’s everyone rooting for? Since I love an underdog and used to live in Baltimore I’m going for the Ravens,” she wrote. 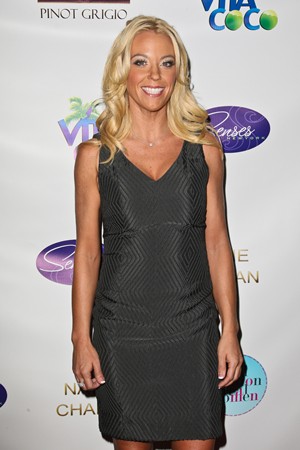 Kendra Wilkinson and Kate Gosselin are going to trade lives for an episode of Celebrity Wife Swap!

We have to admit that it should be amusing watching Wilkinson try to wrangle Gosselin’s eight kids (8-year-old sextuplets Aaden, Collin, Joel, Leah, Alexis and Hannah and 12-year-old twins Cara and Mady).

Gosselin, on the other hand, will probably enjoy the break as she will only have to take care of Kendra’s 3-year-old son Hank.

Wilkinson seems to be having fun with it all, as she retweeted the following two tweets from her fans:

“I want to see if Kendra cooked and did laundry for 8 ! ha ha ha .Early breakfast for 8 !”

“My Valentine’s Day message to you. How are you celebrating?” she tweeted, with a link to her blog.

“Happy Valentine’s Day everyone!! I know this is supposed to be the “Day of Love”, to celebrate couples, husbands, wives, boyfriends, girlfriends, lovers and crushes! But let’s be real – it’s also just an excuse to get some extra sexy-time in, am I right??”