Teens are so plugged in, they can’t seem to stop — even when they are asleep. Teens are sending and answering texts during their sleep, having no recollection when they wake up. 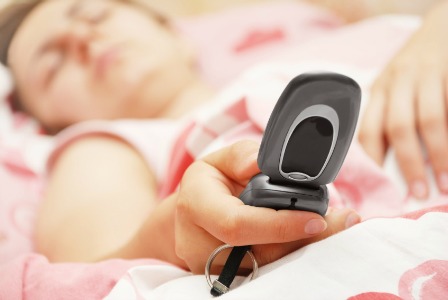 While it may be funny or embarrassing to the teens, there is more to the story than just a few potentially inappropriate text messages.

When your teen turns in for the night, she may still be in constant contact with her friends. That phone on the nightstand never sleeps, and she is programmed to answer each message ping. So, what’s the problem with a few texts sent while sleeping? It may be affecting her health.

Is this really happening? According to Elizabeth Dowdell, Ph.D., R.N., and nursing professor at Villanova University, it is. “The phone will beep, they’ll answer the text. They’ll either respond in words or gibberish,” she says. She goes on to say that these texts can even be inappropriate. When teens wake up and see their phone log, they have no memory of the texts that they have sent. Most of the time these texts are either funny or make no sense at all, but what about a text to an old boyfriend or someone your teen doesn’t know very well? The potential for embarrassment is high.

Carole Lieberman, M.D. has a different thought about these incidents.

“Most teens do not text in their sleep, but they do use this as an excuse for having texted something embarrassing that they now want to disclaim,” she says. “There are certain circumstances when it is possible — such as with a condition similar to sleepwalking or if they have taken a sleep medication. And it is possible to be half-asleep and text,” she says. “But, again, most times that a teen claims to have texted something in their sleep are actually occasions where the recipient did not have the warm reaction the teen was hoping for,” she adds. “It’s similar to drunk-dialing.”

Read what you should know about Instagram and your teen >>

Teenagers need sleep — good, solid uninterrupted sleep. Their bodies and brains need down time, which is harder to come by as they get busier. “Teen sleep is very important for their health, safety and academic success, and you’re right — teens aren’t getting enough sleep,” says Dr. Catherine Darley. “Teens need between 9 and 9-1/2 hours of sleep each night — however, few get that. The sleep-promoting hormone melatonin is suppressed by bright artificial light, which makes it more difficult to fall asleep, and pushes the body clock later,” she adds. Even the time spent texting before bed is interfering with your teen’s sleep cycle.

Dowdell says that teens need between 8 and 10 hours of sleep each night. “Overplugged and overextended teens and young adults tend to get less than that,” she says, “so this interrupts what could be a good night’s sleep, because they’re an hour-and-a-half or two hours into their sleep cycle, and they’re answering texts or the machines are beeping at them.” She says that sleep interruption can lead to obesity, depression, failing grades and more.

What to know about teens with smartphones >>

Lights out, phone out

To ensure your teen gets enough sleep — and isn’t sleep texting — the only sure cure is to have a no-phone policy after lights out. Teens will not like this, as their phones have become their lifeline to friends and social networks. “Parents should not only make sure electronics are not in the bedroom after lights out, but should implement a ‘wind-down’ time for the hour before bed with no electronics, which would allow student’s melatonin to soar so they are better able to sleep,” Darley shares. One easy solution is to have a family charging center in the kitchen or family room, where all phones are plugged in and silenced at night. It isn’t just teens who need a good night’s sleep — parents could use the reminder too.

Sleep texting may be embarrassing, but it’s only a small part of the problem. Help your teen get a decent night of sleep by implementing a few new phone rules.

5 hrs ago
by Cristina Velocci