TLC’s Cheer Perfection just wrapped up its first season, giving viewers a look into the life of competitive cheer girls. With a second season already green-lighted and business on the up and up, coach Alisha Dunlap is ready for the challenge. 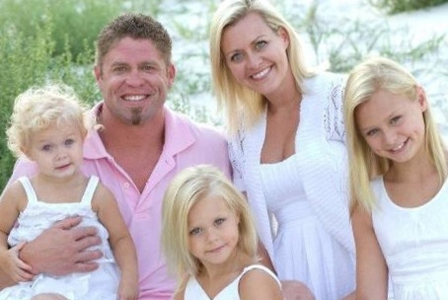 On TLC’s Cheer Perfection, which wrapped up its first season last week and was recently renewed for a second season, cheer coach Alisha Dunlap comes across as a strict, hard coach. She pushes the girls to do their best — and is unapologetic about her style.

“I am very strict. I expect a lot out of kids. I have been teaching kids so long, I know what they are capable of,” says Dunlap, a mom of three and former competitive cheerleader. “My philosophy is push with praise.”

The show is set in Dunlap’s Cheer Time Revolution in Arkansas, following the progress of several young cheerleaders who are involved in competitive cheerleading.

Why reality television? Dunlap, who trains the girls to be competitive cheerleaders, said that it was a great opportunity. “A little girl from Arkansas making it [in] Hollywood really isn’t feasible unless you move there,” says Dunlap.

The opportunity appeared and she said yes. “It just kind of fell in my lap and I thought about all those little girls who I teach. This was a tremendous opportunity — what little girl doesn’t want to be on TV?” says Dunlap.

But what about the pressures of being on television? Dunlap — whose own kids also appeared on the show — says that it’s been a good experience that hasn’t changed them. “My kids love it. It’s not any different for them. They are absolutely normal. Even their teachers say this hasn’t gotten to their heads,” says Dunlap.

Being judged — online and off

Dunlap admits that she already had a thick skin since she’s been involved in pageants and competitive cheering since a young age.

“As far as being in the public and having people judge me and my family, I’ve always dealt with that because I was in pageants,” says Dunlap. “I knew that this would be on a much bigger scale but I had dealt with that before.”

Fortunately, she says, she hasn’t experienced the dark side of criticism that can come with reality television stardom.

The impact of competition on kids

Being involved in any competitive event puts pressures on the kids doing it. They are pushed to train harder and do more and judged on their abilities — and sometimes appearance. Is that really good for the kids? Dunlap says it’s not bad.

“I think it teaches your kids valuable lessons at a young age,” says Dunlap, pointing out the work ethic that girls develop and the drive it takes to compete. Furthermore, she says, being competitive at a young age can position them for scholarship programs when they are older.

“If that’s something they want to do, they are going to work hard — and that’s going to carry with them into their adult life,” says Dunlap.

And the show has brought some good things to Cheer Time Revolution too. “It’s definitely opened the door for our gym in Sherwood. We have kids who have never cheered before coming and wanting to learn to cheer,” says Dunlap.

Hilary Swank Revealed The Super Meaningful Due Date of Her Twins