Puberty is a milestone in your child’s development that comes around much more quickly than you think. Knowing what changes to expect in your child during this time helps you prepare your child — and yourself — for what lies ahead. 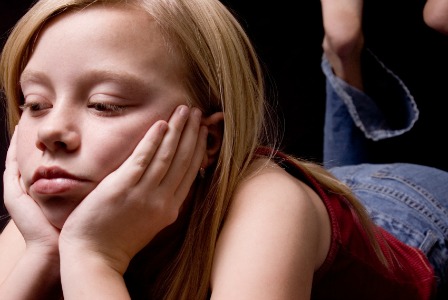 Navigating your way through puberty with your child sounds daunting. Wasn’t it hard enough the first time? The signs, the hormones and the power struggles all seem to come out of nowhere. Boys or girls, we rounded up the basics so you can stay a step or two ahead of the game.

Girls will start to grow taller than some of their boy peers around the age of 9. During the six months before she has her first period she will really have a growth spurt. In order of appearance, expect these signs of puberty in girls:

The increase in hormones that come with menstruation can also bring cramps, which can be very painful for teen girls. Talk to your daughter about tracking her periods, in order to help her understand her fluctuating hormones.

Boys tend to start puberty a bit later than girls, usually between the ages of 10 and 14. In order of appearance, the most obvious physical signs of puberty in boys are:

Most boys will start making sperm during puberty, which makes it even more important that you speak to your son about sexual activity. Acne tends to be worse in teenage boys than in girls, due to more active oil glands. The surge in testosterone levels during puberty is mainly responsible for the physical changes, but also for an increased tendency to do risky or dangerous things.

Check out how to fix your teen’s bad sleep habits >>

There is much more to puberty than simply the physical changes. Jennifer Landa, M.D. is an OB-GYN who also has a tween daughter. We asked her what to expect emotionally when your child goes through puberty. “Expect moodiness and lightning-quick mood changes,” she says. “Expect friends to change by the minute — you need a spreadsheet just to keep track of who’s on the friend list versus the frenemy list versus the enemy list at any one time. The best thing one can do here is just be supportive and understanding — trying to keep up is a hopeless task!” Emotions run high and low, and most likely relate to the hormone surges your child is experiencing.

Body image becomes a big issue when puberty hits — especially since it won’t affect all peers at the same rate. “Most girls will feel like they’re not maturing and changing at the right rate of speed,” says Landa. “No matter whether they are small or tall, thin or more round, they will question whether or not their bodies are ‘right.’ Since a girl’s body image is formed at around this time, it is essential that she receive plenty of reassurance that her body is ‘right’ for her,” she adds. Boys who develop more muscular physiques may draw more attention, causing the other boys to be self-conscious of their still-developing bodies.

Katja Rowell M.D. — also known as The Feeding Doctor — says that weight gain can become a big issue if not handled properly. “Right before puberty is when many girls add weight before the height growth spurt,” she says. “Parents need to know this is normal, and reassure girls that their bodies will go through lots of changes. Support fun activity, eat family meals and be sure to avoid dieting. Diets in teens are linked to depression, disordered eating and weight gain,” Rowell adds.

Keep it under control

These mood swings can take a toll on the whole family. Dr. Fran Walfish, Psy.D. has tips for dealing with the change in attitude. “Some of the common challenges children go through during puberty include short fuse, mood swings, impatience and even temper tantrums,” she shares. “Often, they become more disrespectful. The best way for Mom to keep her sanity is first to depersonalize comments received. Know that your child is going through changes and he still loves you,” she says. “That said, Mom will also need to stay firm in balancing nurture with clear boundaries. For instance, Mom’s attitude should be one of accepting mood changes but having zero tolerance for disrespect,” she adds.

Your child — and your whole family — will survive puberty with a little time, patience and reassurance.

From puberty to parties: A step-by-step guide to your tween’s firsts
From awesome to awkward overnight
Give your middle-schooler more freedom