Every day, people on Capitol Hill lobby for causes, companies and campaigns. Occasionally, one group stands out because their passion comes from the heart — and their life’s experience. 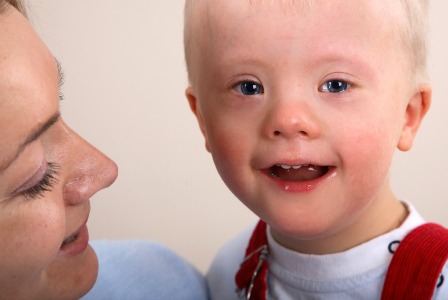 The overarching goal of the NDSS Ds-Ambassador program is to work with Congressional members to continually raise awareness, educate and advocate for public policy solutions that benefit the Down syndrome community at the federal level.

“When we’re pushing a particular piece of legislation, those ambassadors are the point people to perhaps get a legislator to sign onto a bill,” explains Jon Colman, president of the NDSS. “It’s a cohesive, professional group of people who are there to push our causes forward.”

A broader personal goal is for ambassadors “to have deeper relationships with Congressional representatives who make key decisions,” adds Sara Weir, vice president of Advocacy & Affiliate Relations for the NDSS. [Developing those relationships means members of Congress] have a face with an issue they care passionately about.”

Weir describes the network as structured and targeted.

“People with Down syndrome have busy lives, whether they are fundraising locally [or on a national scale],” Weir explains. “This is something very much tailored to the Down syndrome community, and [it] allows our folks to have a meaningful and structured experience.”

With at least one ambassador in each state and a total of more than 120 ambassadors today, NDSS has set a goal of reaching 535 ambassadors by 2014. “They’re our voice on the ground,” Colman says, realizing that their goal would mean having one ambassador for each senator and representative.

The volunteer program holds business meetings every other month, and volunteers are expected to commit one to two hours of time each month.

During “off” months, when there’s no business meeting (which can be by conference call or webinar), ambassadors complete various assignments, from working to have a letter to the editor published locally to securing an op-ed placement on why certain legislation is so important.

Weir estimates approximately 20 to 25 percent of the ambassador team represents “self-advocates,” a term for a person with Down syndrome that emphasizes their passion for advocacy on behalf of all people with Down syndrome.

To keep messaging and materials consistent and structured, NDSS provides templates and gives each ambassador the tools he or she needs to execute on assignments.

Who can become an ambassador?

The short answer: Anyone. “[Many] are parent advocates, [we have] a couple of grandparent advocates, and some are just friends of the community who want to do more for people with Down syndrome,” Colman says.

“We want more and more people to get involved,” Weir adds. “It’s definitely a program that’s taken off and become the foundation for what NDSS does in [Washington,] D.C. Everyone can play a part in advocacy.”

3 hrs ago
by Tabitha St. Bernard-Jacobs

4 hrs ago
by Leslie Priscilla

4 hrs ago
by Candice King