What were on the minds and Twitter feeds of some of our favorite celebrity moms? Jenny McCarthy tweeted about her new tattoo and working mommy guilt, while Tiffani Thiessen shared adorable pics of her daughter Harper. We also check out the Twitter feeds of feuding rivals Brandi Glanville and LeAnn Rimes. 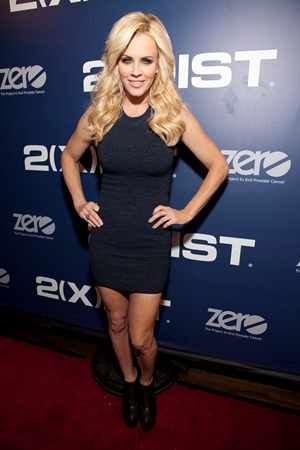 While most of us were refilling our cocktails during the Super Bowl blackout, Jenny McCarthy was getting a tattoo!

“Got a new tattoo during half time Black out. So excited 2 b wearing heels on The Today Show this morning. Ouch,” tweeted McCarthy, with a link to a photo of a tattoo of a flower on the top of her foot.

McCarthy is gearing up for her new talk show, The Jenny McCarthy Show, and wrote about working mom guilt.

“I miss my son so bad. Ugh #workingmomsyndrome,” she tweeted, with a link to a photo of her adorable son Evan.

“Cramps on press tour. Doing Kathy lee and Hoda next. Hoping they have a heating pad and Whisky. Wait… Of course they will have Whisky,” she wrote.

“I hear I’m trending #tiffanithiessen How cool is that. Ha!” tweeted Tiffani Thiessen.

Why was she trending, you ask? The White Collar actress appeared on the Today show and had a somewhat awkward reunion with her Saved by the Bell co-star, Dennis Haskins, who played Principal Belding on the show. Some people thought Thiessen had a less-than-amused expression on her face when he surprised her by joining her during a segment on the show.

She didn’t comment specifically on this episode, but did have fun with the chatter by retweeting a post from Today that said to check a photo of Thiessen’s “reaction to an unexpected visitor” — and it was her with an animal on her head from the zoo segment on the show.

“Checking herself out. #caughtintheact,” she wrote, with a picture of her daughter Harper looking in the mirror.

“Look who’s feeling better. *Note mommy was NOT in the room when this was happening,” she later wrote, with a photo of Harper coloring on the wall with a marker. 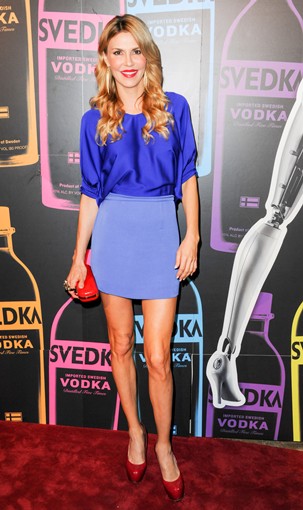 Rimes and Cibrian are now married. Glanville and Rimes are not the best of friends (to put it mildly) and the friction has heated up with the release of Glanville’s new tell-all book Drinking and Tweeting: And Other Brandi Blunders.

“4yrs after my split & right B4 my book comes out ‘sources’ say I cheated on EC while married with a bunch of hot guys that I dont even know!” she tweeted, referring to her ex Eddie Cibrian (EC) and LeAnn Rimes (LR). “Timing is everything! I did date while I was married but my husband had already moved in with LR and divorce takes time. This is so obvious U are all right! Who cares, timing is everything and its clear. I was still legally married for yrs and dating through my divorce.”

She later addressed reports in Us Weekly that she had an affair only six weeks after her son Jake, who is now 5, was born. “I had the baby blues after Jake was born I wasnt even hav n sex with EC let alone anyone else. Such BS but I kind of want to buy the mag now,” she wrote.

“OMG we look a bit alike in this pic,” she wrote, with a link to the Us Weekly cover of her and Rimes sporting the same blonde, layered hairstyle.

“I love fictional stories… If you’re gonna tell the truth, tell it. Please do not make it ‘way cooler and more embellished than it is.’ It’s then just called fictional AND A BALD FACE LIE,” Rimes tweeted.

Rimes later tweets about her mother-in-law, Cibrian’s mom. “My mother in law rules…. How sweet is this?! It came with the note ’you’ve brought so much joy to my son and this family.’ Made my day.”