A New York mother saw the unthinkable on the nanny cam she had installed in her home — her nanny was observed slapping her 5-month-old baby.

Related story Jennette McCurdy Reveals the Way Her Abusive Late Mother Spoke to Her: 'You're an Ugly Monster Now' 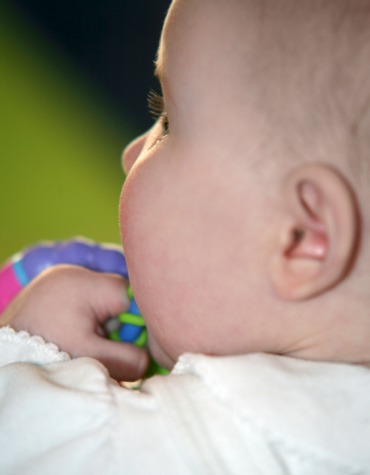 When you hire a caregiver for your child, you trust them with your heart and soul — how can you help make sure this doesn’t happen to your children?

A nanny stays in your home to care for your children while you’re away. She engages the children in fun, stimulating activities, takes them on outings, and cares for them just like you would if you were there. For one New York mother, viewing a remote feed of a nanny cam, this was not the case as she saw her nanny slap her baby in the face several times.

These parents had installed a nanny cam in a carbon monoxide detector in the home. The infant,  named Sabrina Mardakhaev, and a sibling were in the care of Mamura Nasirova, 52, a native of Uzbekistan. On the day in question, Mamura can be seen attempting to feed the baby a bottle. The baby doesn’t seem too keen on taking it, so the nanny slaps her in the face with an open hand a few times and then shakes her head (here is the video, but be warned — it may be disturbing to some viewers).

Mom, who was able to watch her home via a remote feed at work, rushed home. The nanny was arrested and charged with endangering the welfare of a child. Neighbors reported, after the fact, that while they had never seen the nanny hitting the children, she appeared mean and rough with them.

Fortunately, child abuse at the hands of a babysitter, daycare worker or nanny is quite rare, but when a case does come to light, it resonates with all parents — not just ones who utilize childcare. Hiring a provider means placing a large amount of trust in them. In addition to caring for our childrens’ basic needs, we expect them to give them plenty of love and positive attention. When things go wrong, it can shake us to the core.

How to find the perfect nanny

There are several steps parents can take to help cut down on the risk of potential abuse by a care provider. Conduct thorough interviews and background checks on each applicant. Don’t settle for the first one that seems decent because you’re desperate. Ask for references, and contact them. Call your favorites back for another interview. And finally, have them do trials at your home for a day before making your final decision.

Should you use a nanny cam?

The general consensus, among experts as well as childcare providers, is that if you wish to install a nanny cam, inform the care provider that she may be under surveillance at any point during her employment. In addition to letting the provider in on possible filming, you don’t want to simply sit back and watch something happen, especially if you suspect there are foul deeds afoot.

Hire a nanny with her own kids in tow?
Hiring a nanny: Top 5 steps to take
The lowdown on live-in summer nannies