From ancient Roman names like Antonia or Cassius to strong names from Greek mythology and even old biblical names, ancient baby names are suddenly modern again! 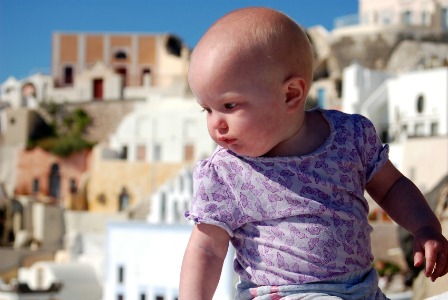 Many of today’s parents are looking at the past to find unique baby names for the future generation. Many of these ancient baby names are powerful and strong with a great meaning or story to go along with them.

With the popularity of shows and movies such as Rome, Troy and Gladiator, ancient Roman names have emerged as a new baby name trend.

Although the HBO show Rome is no longer on the air, it leaves behind these great ancient names, including these names for boys:

For girls, you can consider these names from the show Rome:

Who can forget Russell Crowe as the amazing Maximus in the movie Gladiator? In fact, since that movie was released in 2000 the name Maximus has jumped from number 850 on the Social Security Administration’s list of top baby names to number 212! As far as girl names, the main character Lucilla (played by the actress Connie Nielsen) is a beautiful name.

Greek mythology is another place to find great ancient baby names for boys and girls. Stories such as Homer’s great epic bring us powerful names including these great baby boy names:

For girls, you can consider:

The HBO show Spartacus had more than buff men in loincloths — it also had some amazing Greek names for boys and girls.

If you are looking for a more traditional name, the Bible has a great selection of ancient baby names that are easy to spell and pronounce.

13 hrs ago
by Anna Davies