Happy Wednesday Hump Day — also known to us as Celebrity Baby Bump Day! We spotted a newly pregnant Penelope Cruz looking adorable with her son Leo, while pregnant Jenna Dewan-Tatum showed off her envious maternity style. Pregnant Evan Rachel Wood, Holly Madison and Busy Philipps round out our list of cute pregnant celebrities of the week. 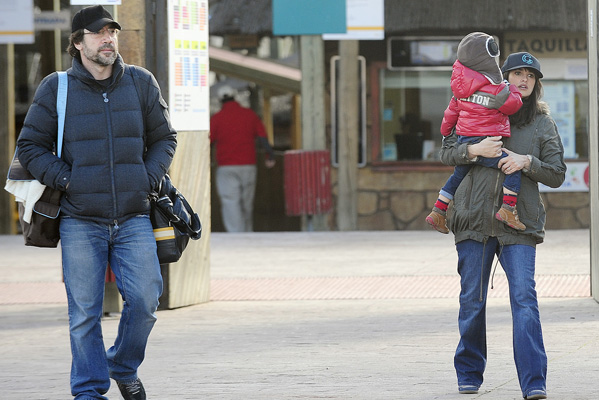 Actress Penelope Cruz and her husband, actor Javier Bardem, are expecting their second child together! The 38-year-old actress was spotted covering up her midsection in a jacket as she and Bardem took their 2-year-old son Leo to a marine theme park in Madrid.

Cruz is reportedly around three months pregnant — and, wouldn’t you know it, her sister Monica Cruz is also pregnant!

“From the first second, you feel so much in love. It is a revolutionary experience. That’s the best way I can describe it. It transforms you completely, in a second,” she told The Mirror about having kids.

Don’t expect to see a photo spread of the couple’s baby in any gossip magazines, as the actress says she likes her privacy.

“I’m 100 percent against that. Children aren’t a handbag. I want my son and my kids — if I have more — to grow up in a way that is as anonymous as possible,” she said. ”The fact that his father and I have chosen to do the work we do doesn’t give anybody the right to invade our privacy.”

Next up: Jenna Dewan-Tatum stripes her baby bump!

34 mins ago
by Maggie Clancy