The Boy Scouts of America, one of the most prominent youth development organizations, has been known to systematically discriminate against gays from becoming scouts and troop leaders. On Sunday, President Obama agreed that it’s time for the ban on openly gay members to end. 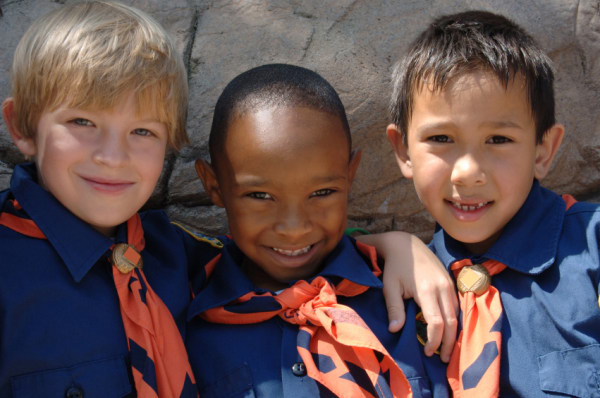 The Boy Scouts is an organization famous for their character building, educational activities and leadership. The group is also known to openly discriminate against gay members.

In a CBS News interview during the Super Bowl, anchor Scott Pelley questioned the President about his opinion on the situation asking him point blank, ”Should scouting be open to gays?” President Obama immediately answered ”yes.” When pressed for details, President Obama said:

”My attitude is that gays and lesbians should have access and opportunity the same way everybody else does in every institution and walk of life,” Obama said. ”The Scouts are a great institution that are promoting young people and exposing them to opportunities and leadership that will serve people for the rest of their lives. And I think nobody should be barred from that.”

As recently as this summer, ”The Boy Scouts of America has reaffirmed its longtime policy of barring openly gay boys from membership and gay or lesbian adults from serving as leaders (New York Times).”

Currently the Boy Scouts has a ”Don’t ask, don’t tell” type of rule. The official policy reads, “While the B.S.A. does not proactively inquire about the sexual orientation of employees, volunteers or members, we do not grant membership to individuals who are open or avowed homosexuals or who engage in behavior that would become a distraction to the mission of the B.S.A.”

As President of the United States, Obama is the honorary president of the Boy Scouts of America. When the organization reaffirmed its discrimination policy this summer, the White House responded in a statement to the Washington Blade saying:

“The President believes the Boy Scouts is a valuable organization that has helped educate and build character in American boys for more than a century,” White House spokesperson Shin Inouye said in the statement. “He also opposes discrimination in all forms, and as such opposes this policy that discriminates on basis of sexual orientation.”

Time for a change?

In recent years the organization has gotten some heat not only from gay rights groups, but from parents who question whether or not they want their sons to be under the influence of a leadership group that openly discriminates.

In a media statement issued by the Boy Scouts on Monday, January 28, Deron Smith, director of public relations, said that the organization is discussing the possibility of removing the national membership restriction on sexual orientation. The proposal does not necessarily eliminate the widespread discrimination entirely, but instead leaves it up to each individual unit to decide how they would like to proceed regarding membership based on sexual orientation. ”The Boy Scouts would not, under any circumstances, dictate a position to units, members, or parents.”

The Boy Scouts’ national executive board is scheduled to meet this week in Texas to vote on the issue.

Girl Scout calls for boycott over inclusion of transgender child >>

Values worth fighting for

The open dialogue on the issue is encouraging to gay rights supporters, but the issue remains controversial as some heartily believe that the organization should uphold their current stance.

Associated Press reported that on Saturday Texas Governor Rick Perry said that the Boy Scouts should not soften their strict policy banning gays from the organization. The governor addressed hundreds of members at the Texas Scouts’ 64th annual Report to State. Perry is himself an Eagle Scout and in 2008 wrote the book On My Honor: Why the American Values of the Boy Scouts Are Worth Fighting For.

8 hrs ago
by Shanon Lee

10 hrs ago
by Shanon Lee

14 hrs ago
by Shanon Lee