You thought your child was asleep. You even waited an extra beat before digging out the plastic eggs and that green grass. But while you were playing bunny, you got caught. So now what? Real Moms share their stories of getting busted! 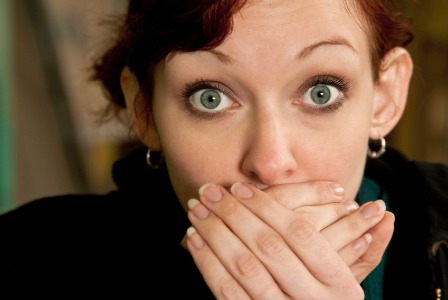 Easter is a wonderful tradition — especially for the children who look forward to the egg hunt probably most of all. (Must be something about finding all that candy!)

When the kids are young, you can be a little more lax as you pose as the white furry guy, but as they get older, you have to up your game and become a lot more stealth! Suddenly, you’re tip-toeing around, hiding the eggs in harder-to-find spots and praying that the kids do not wake up. Praying that they don’t quiz you about why the Easter Bunny was able to track you down at that hotel in Florida or at Aunt Ida’s in Texas. (We shudder to think how our kids finding out the Easter bunny isn’t real opens up so many other questions. Like what about that white-bearded man in the red suit. Him too?)

So we can only hope we succeed in keeping the mystery alive until that dreaded day when they come to us and ask: Is he real?

How long should kids believe in the Easter Bunny? >>

But some parents haven’t fared so well and have been caught red-handed. Like Sherry Gavanditti mother of two from Ohio whose daughters set up a covert operation worthy of a CIA sting to capture the “real” Easter Bunny.

“Yes, I was busted being the Easter Bunny when I learned five years after the fact that my 5- and 7-year-old daughters hid the video camera in our book shelf and recorded my ‘Easter Bunny’ appearance at 11:30 p.m. on the night before. Kailey, my oldest said she knew it was me and not the Easter Bunny because the camera recorded my ankles, and those were definitely my house slippers! Her little sister, Emily agreed with an overzealous nod. I still get teased about it 15 years later!” Gavanditti laughs.

Matt Damon exposed the secret of the Easter Bunny!

You probably wouldn’t think a family movie would give away the Easter Bunny secret. But for Valerie, mother of three from California, she never expected Matt Damon to be the one to tell her daughter that the Easter Bunny wasn’t real.

“Last year, on the day after Easter, my family watched We Bought a Zoo in our hotel room the night before going to Sea World. My kids at the time were 12, 10 and 8. The 12- and 10-year-olds knew the deal about the Easter Bunny, but the 8-year-old was still a believer.”

“At one point in the movie, Matt Damon yells at his 16-year-old son, ‘I’ve got a 7-year-old that still believes in the Easter Bunny!’ My 8-year-old was sitting on my lap at the time, and she snapped her head around and yelled, ‘Mom?’ We changed the subject, but I’m pretty sure she still caught on. We’ll see what happens this Easter.”

Just got away with it… barely 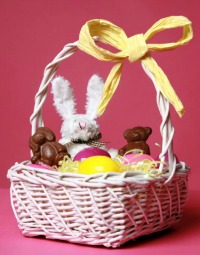 If you’re caught, but want to get out of a sticky Easter Bunny situation, you’ve got to think quick on your rabbit feet, like Sarah Taylor, mother of two.

“I have a 4- and 5-year-old. They were anticipating their small Easter gifts as never before. Thus, it was unusually hard to persuade them to go to bed so that I could put their presents in the right place. So, I had just a second or to two to cope with the hard task of being unnoticed. And just when the presents were in my hands, the boys entered the room. Fortunately, I managed to make up an excuse. I told them that the Easter Bunny had just visited us, but was in [an] extreme hurry, as he had to call on a lot of children. So, I sent his best on his behalf to my kids and gave them their long-awaited presents.”