The Today show recently featured an expecting couple who shared results after taking the controversial MaterniT21 PLUS prenatal test, which can detect genetic abnormalities at just 10 weeks of pregnancy. 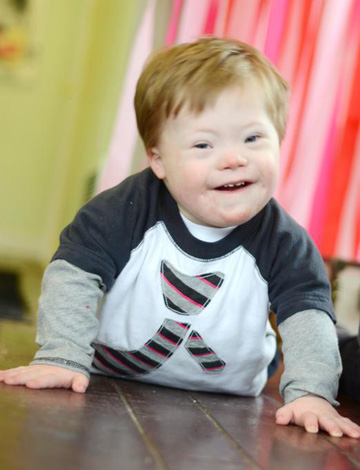 With relief and joy, they reported a negative test result, and then live on-air, Today revealed the sex of the couple’s unborn baby (it’s a boy).

About the test:
The MaterniT21 PLUS test, developed by Sequenom CMM, is a laboratory-developed test that analyzes circulating cell-free DNA extracted from the expecting mother’s blood sample. The test detects the relative amount of 21, 18, 13 and Y chromosomal material, which means the test can detect Trisomy 21, 18 and 13.

Nationwide, some parents of children with Down syndrome (Ds; Trisomy 21) reacted passionately to the segment, criticizing host Matt Lauer’s choice of words by referring to the negative test result as “good news.”

Parents also accused Dr. Nancy Snyderman, chief medical editor for NBC News and a Today show regular, of portraying life as a parent of a child with Ds as something to fear. 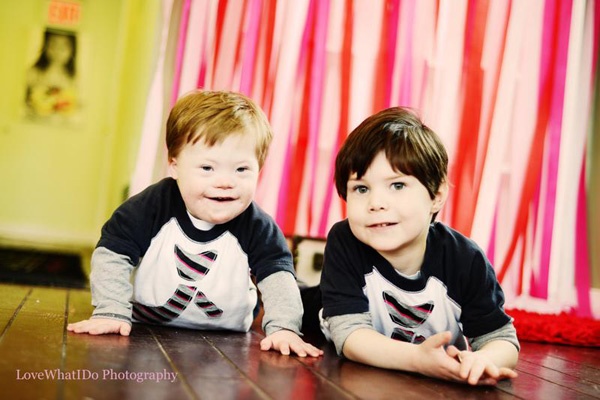 For some parents, the segment’s celebratory tone was just too much.

Jennifer Towell’s toddler, Joey, has Down syndrome. He also has undergone heart surgery and two eye surgeries and, like many children with Ds, participates in multiple therapies each week. Jennifer says her family calls him “‘Super Joe,’ for his amazing spirit and positive attitude.”

In a blog post after the show aired, Towell wrote, “As Joey’s mom, there is a part of the segment that I just cannot watch without crying and without mourning the way our world celebrates when they find out that their child doesn’t have Down syndrome.”

She describes the moment: “Matt Lauer says to the couple, ‘Let’s get right to the good news.’ The mom-to-be goes on to say, ‘We are safe. The baby does not have Down syndrome.’

After writing her passionate response, Towell’s blog went viral. While a typical day draws between 75 and 100 visits to her blog, her post about the Today show drew 10,000 visits, and responses began to pour in.

“I have heard from parents, grandparents and even individuals with autism and Down syndrome,” she says. “Most of the responses have been very positive and most people felt that the segment was insensitive and did not provide accurate or complete information about the testing.” 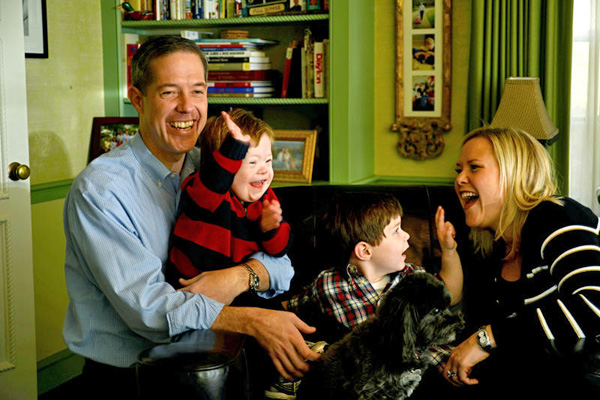 Towell shares that many people felt the segment promoted the MaterniT21 Plus testing instead of presenting a balanced view of what life with a child with Down syndrome is like.

“Many feel that individuals with Ds are devalued by society and that this segment reinforced that sentiment,” Towell explains. “So many moms said they felt the same way I felt when I watched it. Many expressed their disappointment in how most of the media treats individuals with disabilities.”

Towell said she also received comments from people who said their perspective is “[I] can’t be offended by every little thing because [I] too would celebrate if [my] child did not have Ds.”

“I think [this particular Today show segment] underscores how powerful language is during a prenatal setting,” says Dr. Brian Skotko, a board-certified medical geneticist and co-director of the Down syndrome program at Massachusetts General Hospital.

“Little words matter. Big words matter. Emphasis matters. Tone matters,” he says. “In the prenatal setting, there is no need for professionals to qualify results with ‘good news’ or ‘bad news.’ This inserts their personal beliefs on a couple that might espouse different viewpoints.”

“Research demonstrates that healthcare professionals… often give inaccurate, incomplete and overwhelming negative information about Down syndrome after they received a prenatal diagnosis. The result: Women might have a difficult choice making an informed decision in the setting of biased information.”

In fact, in March 2012, the journal Prenatal Diagnosis reported that fewer women who receive a prenatal diagnosis of Ds are choosing to terminate their pregnancy, and the percentage who do choose termination is estimated at between 60 and 90 percent.

Another mom, Lisa, whose 23-year-old son has Down syndrome, says that while prenatal testing wasn’t available during that pregnancy, she had the procedure chorionic villus sampling (CVS) done with her daughter years later.

“I still remember the day they called to give us the results,” she shares. “[The doctor said], ‘It’s a girl and she does not have Trisomy 21 or any other genetic abnormality.’ For us it was not ‘good news’ it was just ‘news.’

“It saddens me that people would not want to have a son like mine,” Lisa explains. “He is the most loving, compassionate, caring, happiest… young man. I would encourage Matt Lauer to spend time volunteering at a local Special Olympic event or interviewing parents/families with a child with Down syndrome. It may change his view on those test results!”

Some parents empathize but aren’t offended

Dan Niblock has a toddler, Ozzie, with Ds and has been vocal about the use of the R word through his own blog and Today.com.

He says the Today show segment didn’t offend him, but he can understand why it was tough to watch for many parents.

“Statistics show that parents who are told their fetus has Down syndrome often choose to abort the child… Despite the fact that the doctors say [the MaterniT21 test] will just give parents a few extra weeks or months to ‘properly prepare’ for a Ds birth, a more likely outcome is [the] test will… give parents a better chance of avoiding the birth altogether. And that’s sad, because many children who could live wonderful and happy lives will be denied the chance to exist at all.”

Dan points out how difficult it is for many parents in the Ds community to watch other parents openly discuss how happy they are to learn that they will not have a child with Ds.

“It’s hard to make people understand this point,” he explains, “because parents in the Ds community are labeled as oversensitive whenever they bring up this issue. But… I would argue that they are showing exactly the right amount of sensitivity.

“Many of these parents have traveled a path through fear and sadness and found a place of joy. They don’t feel that their kids are undesirable. They wouldn’t trade them for anything.

“They want others to understand this, and yet they are constantly battling a public perception that Down syndrome is a horrible thing that is to be avoided at all costs.”

”It was bad news”

“We received a post-natal diagnosis,” says Sara, mom to a 6-year-old and twins under 1 year old, one of whom has Ds. “In that moment, it was bad news. Sad news. Scary news. Had we received a prenatal diagnosis, we wouldn’t have done anything differently — but it still would have been bad news in that moment. I would still have been sad and scared.”

Sara continues, “I don’t apologize for feeling that way. I grieved the loss of what I thought my son’s future was going to be. I love my Ben and wouldn’t change him for the world. I love him for exactly who he is and he is not bad news.

“But for Matt Lauer, who doesn’t have a child with Down syndrome, talking to new parents who probably haven’t been exposed to Down syndrome and wouldn’t choose that for themselves or their unborn child, I understand why they considered it ‘good news.’ For those of us who have children with Ds, we consider them our ‘good news,’ but when I dreamed of kids and my future family, Ds certainly wasn’t something I would have chosen.”

“I think people are overreacting,” says Becky, whose 2-year-old grandson has Down syndrome. “I don’t find anything wrong with [saying a negative test result for Ds is good news]. If we’re all honest, there aren’t many [of us], if any, that would say they hope for a positive Down syndrome diagnosis. I find the idea of sharing the details on national TV odd, but to each their own.”

Becky found a silver lining in the much-critiqued segment: “What I did like was the focus they had around education and preparation being the reason for testing. I’d have been very disappointed if their stated reason was to abort.”

Next up: This writer’s opinion >>