Maria Menounos wears many hats, including talk show host, author, actress and Dancing with the Stars contestant. What’s her secret? She credits her parents as instilling a strong work ethic in her. 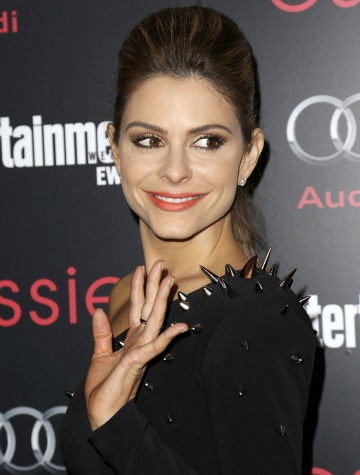 Along with Menounos, discover other celebrities who have been inspired by their parents.

It’s easy to see why Maria Menounos is our February Girl Crush — she is not only cute as a button, but she is hardworking, confident and not afraid to try new things, including competing in Dancing with the Stars with her partner Derek Hough. Even though she didn’t win the show (she placed 4th), she still impressed us with her positive attitude.

The Extra host told us that the secret to her success is due to this important lesson that her parents taught her:

“Wherever you work, no matter what you’re doing, always work hard and take pride in what you do,” she told SheKnows.

Menounos’ parents are Greek immigrants who moved to the U.S. without knowing any English. They were janitors that cleaned Boston nightclubs and bars — and she began working alongside them at a very young age before getting a job at Dunkin’ Donuts making and selling donuts throughout junior high and high school.

She soon nabbed the title of Miss Massachusetts Teen USA and has since gone on to act on shows like One Tree Hill and appear as a correspondent and host on shows like Access Hollywood, as well as her current job on Extra.

“I am inspired so much through my travels. I get to meet really incredible people all over the world, people who are serving our country, people who are overcoming disabilities and overcoming major hardships,” she told SheKnows. “To me, that’s why I love what I do for a living so much. Those are the people who inspire me. My parents inspire me. Coming to this country not knowing the language and working so hard to put food on the table and give me a better life — to me that’s the end all, be all.”

Celebrities who are inspired by their parents 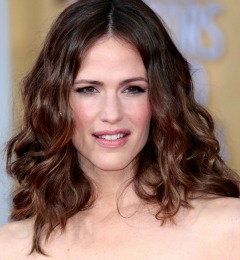 Menounos isn’t the only celebrity that is inspired by her parents. Jennifer Garner told Parade magazine that she admired her parents’ work ethic. Her mom was an English teacher and her dad was a chemical engineer.

“My parents started with nothing — just ambition and a work ethic — to me, they’re everything that’s good about America. They proudly pulled themselves up and then lifted us up,” said Garner, who has three children (Violet, Seraphina and Samuel) with husband Ben Affleck.

Raised in West Virginia with her two sisters, she said she had a strict upbringing. “I sometimes joke that we were just a step away from being Amish, my parents set standards because they wanted us to have what they didn’t have, they scrimped and saved to pay for ballet and music lessons. They took us to London, where we saw plays — I loved the theater. They wanted us to know a bigger world.” 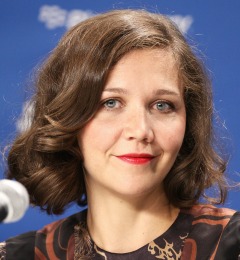 Maggie Gyllenhaal credits her mom, film producer and screenwriter Naomi Gyllenhaal, as an inspiration for her feminist beliefs and helping give her the self-confidence she needed.

“My mom Naomi taught me that protection of her daughter, at all costs, is what counts,” said Gyllenhaal, who has two daughters, Ramona and Gloria. “Mom did not judge us when we were growing up. She had an artistic approach to life, which I admire. It made me feel relaxed about love. I found that being in love was important to me. I always felt happier when in love.”

Maggie, whose brother is actor Jake Gyllenhaal, said that her mom helped her navigate the difficult world of Hollywood.

“I had been turned down for parts in the past because I was not conventionally pretty or sexy enough,” she told The Sun. “It was my mom who convinced me I was both pretty and sexy so I had the strength to deal with those criticisms.” 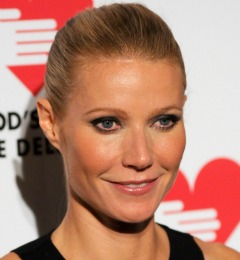 Gwyneth Paltrow credits her father Bruce Paltrow, who passed away in 2002 from cancer, as her inspiration. She told Good Housekeeping about how her father’s attitude has inspired her parenting her daughter, 8-year-old Apple.

“I’m in a battle right now because Apple doesn’t like to go to gymnastics. When she’s crying about it, I just want to scoop her up and say, ‘Forget it. Let’s go get an ice cream.’ But you can’t do that, of course. That’s something my father taught me. You need to be accountable, and you need to be responsible. You need to honor your commitments,“ she said.

Paltrow, who wrote a cookbook dedicated to her dad called My Father’s Daughter, said that her father gave her a note before he died on her 30th birthday that she cherishes. She revealed that it said that “everything up until that point had been a dress rehearsal, and that the life I had ahead of me was going to be so rich and full of amazing things. In a way, he was summing up who I was as a person and where I was going — and how every stage has been so important and how much he loved me. It was great.“

Learn more about our February Girl Crush in our exclusive interview.

59 mins ago
by Sydni Ellis