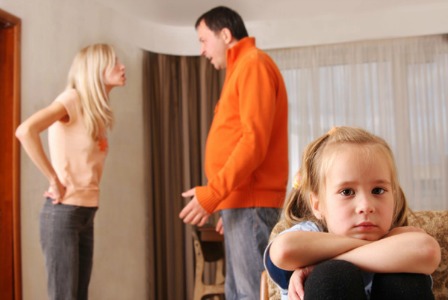 Sesame Street has been a fixture in the lives of children for over 40 years, helping children learn and grow. Sesame Workshop is the nonprofit arm of Sesame Street, and their new initiative, Little Children, Big Challenges: Divorce is aimed at children who are facing divorce in their family. Sesame Street character Abby Cadabby is the focus of this initiative, as she adjusts to her parents’ divorce.

How can you really prepare your kids to deal with your divorce? Daniel Clifford is a partner in the Family Law practice at the law firm Weber Gallagher. He deals with many couples as they head into divorce court, and sees the effect it has on their children. He sees this initiative as a step in the right direction.

We asked him the best way to prepare children for the process of divorce. “A lot will depend upon where the parties are in the process,” he says. “When they first come in it may be for information, other times they are getting ready to file for divorce.” He says that sometimes couples come in to his office and they’ve actually been separated within the household for months, maybe longer.

“Kids are very astute — if they [the parents] have been in separate bedrooms for a while, or there have been arguments and they aren’t doing a whole lot of things as [a] family, especially the older kids are probably clued in to the fact that there are problems.” He says it’s best to begin the conversation early, letting the kids know that there will be changes, but that both parents will be working it out together.

Check out this book about the divorce ritual >>

What should you tell them?

Clifford recommends not going into a lot of detail on some of the specifics, especially if there’s a third party involved — like an affair. “Sometimes it’s tempting to make your child like your friend,” he says. “I always tell my clients you can tell your friends those kinds of things but really think twice about what you tell your kids. Do they really need to know that information? Some parents make the mistake of telling the children too much,” Clifford adds.

“It may vary from state to state, but they do need to speak to the children even if they are at such a young age that they may not be able to make a rational decision as to where they want to be.” Preparing your children for these meetings with judges — and possibly child psychologists — is critical.

“The children usually meet with the judge in private, but the parents’ attorneys may be present,” shares Clifford. While there are some judges who are very good with children, Clifford says there is really no formal training for the judges who interview your child. “Some of these lawyers who become judges could have been a personal injury lawyer with no experience in working with children,” he adds. Just prepare your child to speak to another adult and answer questions honestly — without being afraid of saying the “wrong” thing.

How you can make divorce less traumatic for kids >>

While some kids may have a friend whose parents have divorced, for many young children divorce is an unknown. Watching Abby Cadabby on Sesame Street as she deals with her parents’ divorce helps young children feel that they aren’t alone.

Navigating divorce is difficult enough for the parents, but your kids are facing it on a whole different level. Helping them understand the process is the key to making sure they come through feeling loved and secure.