Katie’s baby, Jack, was a welcome addition to their family, but medical issues cropped up right away. Many doctors, hospital visits and tests later, they know what their little guy is facing. 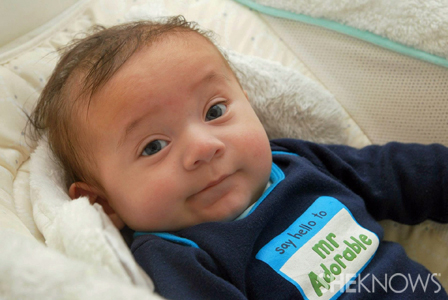 It took Katie’s strength to keep pushing for Jack to get him the care he needed.

Katie’s first pregnancy was complicated and resulted in an early birth and a small baby, but he grew and thrived with no lingering issues. Her second pregnancy was also high risk, but her baby has had a multitude of issues. Katie’s keen intelligence and scientific mind helped her push hard to get baby Jack the help he needed.

A teacher is born

Katie, born and raised in the Cleveland, Ohio area, showed a lot of interest in science and teaching from a very young age. “My mom recalls a kindergarten field trip to the park where I was identifying wildflowers whereas most kids were just running around,” she said. She and her group of friends spent a lot of their time playing school — making up imaginary students and teaching them — so it’s no surprise to her that they all turned out to be teachers.

Katie knew that her first son would be named Edward IV, as her husband is Edward III — so picking out a name was really the only easy part of her first pregnancy.

Her early blood screening took her age-related risk up to 1 out of 30, and paired with the possibility of her child inheriting her husband’s connective tissue disease (Ehlers-Danlos syndrome), she underwent CVS, and found out they were expecting a boy.

Gestational diabetes surfaced at 20 weeks, and her blood pressure crept up starting at 30 weeks. She made it to 36 weeks, and with a blood pressure of 200/120, she was induced. Forty-two hours later, little Eddie was born at four-and-a-half pounds and with a shock of red hair. “I love his hair,” she shared. “Everyone loves it. Eddie is a character. He loves gardening, sports, going to the playground, his grandparents, his brother, Curious George and bowling!” 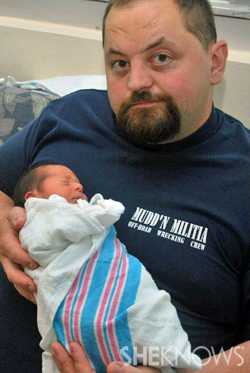 While not as complicated as her first pregnancy, her second was still high risk, and she went into the pregnancy knowing that complications could set in. She and her husband were confident that one child would be enough, but to see what happened — and happen it did. She conceived quickly, and while her blood pressure was fine thanks to medications for most of her pregnancy, it started to be an issue at around 33 weeks. Regular contractions and high blood pressure landed her in the hospital, and inadvertent double blood pressure meds led her straight to a C-section.

“After they pulled him out, it was so quiet, I didn’t hear cries, I didn’t see anyone trying to show the baby to me or my husband — but it also didn’t sound panicked,” she remembered. “I remember them wheeling the incubator past me just long enough for me to see his sweet, sad face looking at me.” Jack had a little trouble breathing and had to spend about six hours in the NICU before she was able to see him, and she herself had difficulty breathing after his birth. “They moved me at 3 a.m. and expected this out-of-it mother who sent her husband home because there was no room in the recovery room, to room-in solo with Baby right after a C-section, who couldn’t breathe or feel her legs. How safe is that?“ 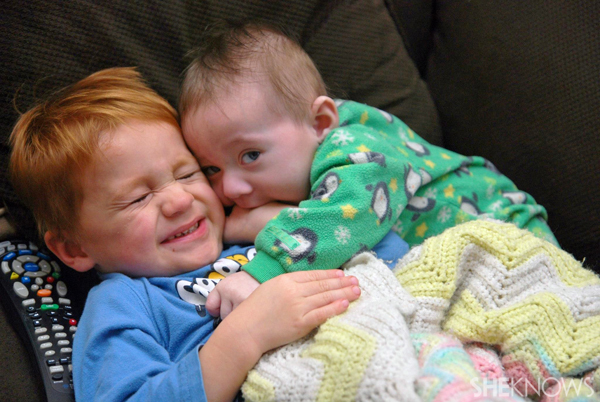 Jack’s first month was healthy and normal — until Eddie got sick. He spiked a 104-degree fever and had a rash. Eddie seemed to be fine until a few days later at church he was a little crankier than usual. That night, he felt warm — too warm. His temp was 101.4. “I Googled and found that a temperature that high in a newborn is always a medical emergency,” she said. “I knew we would be going to the ER but phoned the nurse on call, and he confirmed we would have to go in.”

The doctor on call said that they needed to take precautions with babies this young — he would need to have a spinal tap and be on antibiotics for 48 hours.

“I remember asking, ‘48 hours?’ Seriously? Like she said 48 days or 48 years.” The first night was uneventful, with the doctors telling Katie and her husband that it was just a virus, and treating with antibiotics pending spinal tap cultures. “The second night there, though, he was completely inconsolable, his fever was out of control, not responding to Tylenol, and his abdomen started to expand at an alarming rate.”

Jack stopped wanting to eat, which the doctors explained as a sore mouth, but Katie remembered telling her husband it seemed neurological. Katie noticed that he was blinking oddly — like he’d hold one eye open, then it’d shift to the other. He was in the process of being evaluated for a potential intestinal obstruction when he had a seizure. “What I didn’t know at the time was that neonatal seizures are very subtle,” she explained. “Eye blinking, barely noticeable rhythmic jerking of limbs, lip smacking. Things started to get a little frantic.”