What were on the minds and Twitter feeds of our favorite celebrity moms? Shakira tweeted about the birth of her baby boy Milan, while we decipher Bethenny Frankel’s somewhat cryptic tweets about her divorce. Brooke Burke and Tori Spelling round out our list of top celebrity mom tweets of the week. 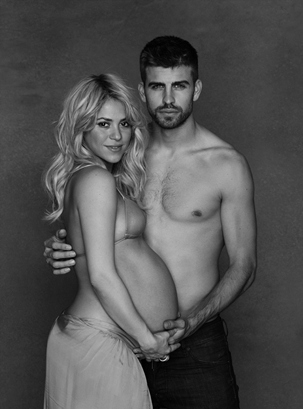 Shakira is a mommy!

“I’d like to ask you all to accompany me in your prayers on this very important day of my life,” she tweeted on January 22.

Shortly after, Shakira’s publicist posted an official announcement of the birth of her son named Milan:

“Milan Piqué Mebarak,” she tweeted, with a link to the official announcement that read:

We are happy to announce the birth of Milan Piqué Mebarak, son of Shakira Mebarak and Gerard Piqué, born January 22nd at 9:36pm, in Barcelona, Spain.

The name Milan (pronounced MEE-lahn), means dear, loving and gracious in Slavic; in Ancient Roman, eager and laborious; and in Sanskrit, unification. Just like his father, baby Milan became a member of FC Barcelona at birth. The hospital confirmed that the couple’s first child weighed approximately 6 lbs. 6 ounces, and that both mother and child are in excellent health.

Skinnygirl mogul Bethenny Frankel and her soon-to-be ex-husband Jason Hoppy are in the midst of a divorce, with Hoppy just filing papers saying he wants primary custody of their daughter Bryn, as well as child support, health care expenses and “exclusive use and occupancy” of their $5 million NYC apartment.

Frankel was careful not to say too much about the divorce, only tweeting:

“I have to tell you how much I love you all. Period. That’s it.”

The single mom did, however, write about being more stressed than normal.

“Although I usually only do yoga, when ur stressed, doing something more intense clears your mind. Be where you are,” she tweeted.

Yes, be where you are — as long as you aren’t messing with her daughter Bryn!

“A little boy just pushed Bryn out of a kids’ fire truck & I seriously wanted to throw down w his mom who was nowhere in sight,” she wrote.

It appears that Frankel is trying to keep things normal and fun for her daughter, despite being in the midst of a messy divorce.

“My girlfriend & I had a slumber party with our 2 year olds. We all slept in the same bed! So fun!” she wrote. 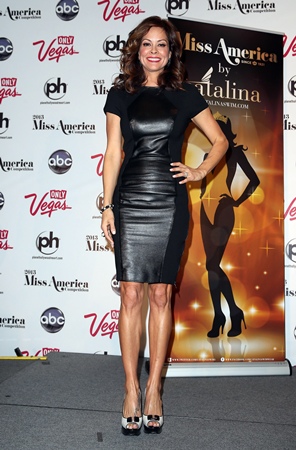 After recovering from her bout with thyroid cancer, it sounds like Dancing with the Stars host and mom-of-four, Brooke Burke has fallen back into her normal routine — and that includes taking care of sick kids!

“back 2 school I go for another fever! this is so ridiculous! worst sick season ever!!!!” she tweeted.

“canceling my work out! uuuugh, kids 1st. gonna hit my 30 min cardio at hm while Rain rests on the couch,” she wrote, referring to her daughter Rain.

We’ve been there, Brooke!

It was flashback day for Tori Spelling, who wrote about her fourth (and final!) pregnancy.

“My last morning as a pregnant woman,” she tweeted, with a link to a photo on her website.

“The morning of Finn’s arrival (we had a scheduled C-section, so we knew exactly when we’d meet our littlest one) I had a million thoughts and feelings running through my head. While I was super excited to welcome our newest babe into the family, I was totally caught off guard by how sad I was that this would be my last morning ever as a pregnant woman,” she wrote.

The Best Hiking Shoes For Kids