You probably know that food allergies are on the rise, but did you know that it’s also a way for bullies to do what they do best — intimidate and harm — while using the offending food as a weapon? 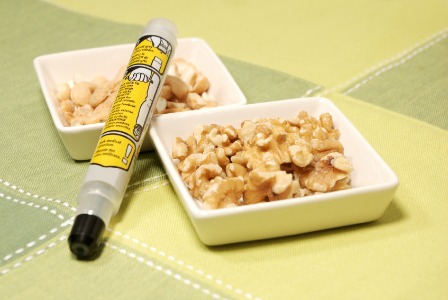 According to recent research conducted by the Icahn School of Medicine at Mount Sinai, nearly one-third of children with food allergies are bullied. We talked with parents who have experience with food allergy bullying to get more insight on this scary childhood issue.

If your child has a food allergy, you know it can be hard to navigate the grocery store and restaurant menu, and even more difficult to let them go to school where her allergy is under the care of others. The last thing you want to be worried about is another child harassing or making fun of your child due to her food allergy, and even worse, chasing your child around with the offending food or sneaking some into her lunch.

Some food allergies can be extremely dangerous, even deadly — particularly foods such as peanuts or tree nuts.

Some have the potential to lead to anaphylactic shock, which is a medical emergency that needs immediate treatment with epinephrine (which is usually administered via an auto injector — also called an EpiPen). If not treated immediately, anaphylactic shock can be fatal.

You couldn’t fathom a child chasing around another child with a knife, but chasing or intentionally exposing an allergic child to an allergen can be just as dangerous. Unfortunately, many people who do not suffer from food allergies don’t understand the serious nature of them, and some folks don’t even believe in them at all.

Bullying or allergy disbelief isn’t the exclusive property of children. Edy, mom of two, related a story from a friend. “My friend’s son is allergic to dairy, and the lady at the WIC office made her ‘show her’ he was allergic before she would issue a WIC check for rice milk instead,” she told us. 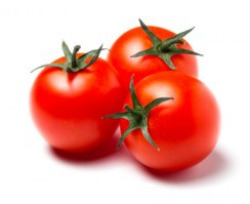 Heather also had an awful story that came at the hands of a family member. “When my daughter was just a year-and-a-half old, my older sister offered her a tomato, which she was allergic to at the time,” she shared. I politely told her that she was allergic and to please not offer her any food without asking me first. She then proceeded to tease my baby with the food she couldn’t have, sticking it close to her face, then pulling it away. ‘You want it? You want it?’”

Jen has food allergies, including peanuts, which is deadly for her. “I remember people making jokes about shoving something I was allergic to in my face, pretending they were going to or saying they were going to,” she explained. “It was just teasing, except that for me it’s like pointing a loaded gun in my face and joking about pulling the trigger. It’s not funny.”

One thing parents can do is help raise awareness at a young age. Often, younger children are more interested in the allergy and helping their friend stay safe, so take any opportunities you can to help educate her friends and her other classmates on the food allergy.

Another idea is to outfit your kiddo in a medical bracelet that doesn’t stand out but will be easily identifiable to medical personnel. Shelly Fisher, president and CEO of Hope Paige Designs Medical ID Martkeplace has created unique and fashionable medical ID bracelets for all sorts of health conditions, including food allergies. She feels that medical bracelets can actually help kids fit in. “We have had situations where mothers call to ask if we can make a ‘plain one’ for a friend or sibling who also liked the style,” she said. “The other child liked the bracelet so much they wanted one, too.”

If your child does not have a food allergy, raise him to be tolerant and understanding about kids who do. Teach him the realities of food allergies and how dangerous it can be if the child is exposed to the allergen. Teach him that eating choices can literally be a matter of life or death. These lessons begin with parents — teach them well.