Megan Lavelle’s determined to raise two strong and healthy daughters, Molly, 6, and Emma, 4. But for Emma, physical strength was always a challenge until Megan learned about a robotic device that could change Emma’s life.

by Megan Lavelle
as told to Julie Weingarden Dubin

When Emma was born in February of 2008, she could only move her thumb. Her hips were dislocated, her knees didn’t bend and her feet were flexed and stiff. Her hands were clenched in a fist, but she could squeeze your finger. Emma was born with arthrogryposis multiplex congenital (AMC), a rare disorder that can affect muscle strength and limit mobility.

Slowly through infancy, Emma began to gain movement in some of her joints. As she grew and with countless hours of physical and occupational therapy and casting she gained some range of motion in her knees and elbows. Her hips were surgically placed in the sockets at 1 year. 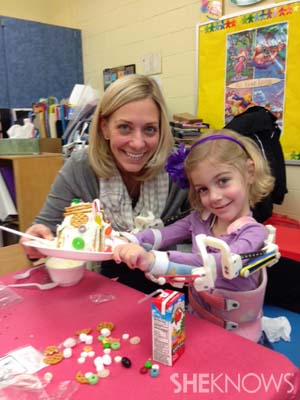 After Emma recovered from hip surgery, she began standing. We attended an AMC conference where we learned about the Wilmington Robotic Exoskeleton (WREX). As soon as my husband Andrew and I saw the WREX, we both turned to each other and said, “Emma could use that!” We were so lucky that this technology was being developed at Nemours/Alfred I. duPont Hospital for Children, in Wilmington, Delaware, just five minutes from our house. But no one Emma’s age, at 2, had ever used a WREX before. She’d be the youngest child to use this equipment, and many were unsure if it would even be beneficial. Andrew and I, along with our therapist, pushed for them to let Emma try it. Eventually, we got our wish.

Emma’s first reaction was typical for a child who spent more time with doctors than usual. She cried and was fearful. But we continued to use our therapy sessions to work with the engineers to create a device that was perfect for Emma.

Hey, Moms:
Do you know a mother with a great story? We’re looking for Mom Stories. Email Jrosewriter@gmail.com with your suggestions.

The WREX appointments were different. I think it was the first time I felt like I was part of the team that was helping my daughter. The feelings of fear and sadness and the unknown began to dissipate. I think it was a huge turning point for all of us.

With the help of the WREX, Emma began using her hands to play. She didn’t cry when we went up to play with “WREXy,” she loved it. It wasn’t therapy, it was fun. When we took the prosthetic off at the end of the session, Emma would cry and ask for it. It was incredible to see her move, she was so young and unable to communicate much at the time, however, she knew what she wanted to do with those arms. She knew how to play and what to do with the toys. I can’t imagine the frustration she must have felt being unable to lift her arms to stack blocks or play with any toy that required her to reach. The WREX eliminated that frustration. It was amazing to watch. 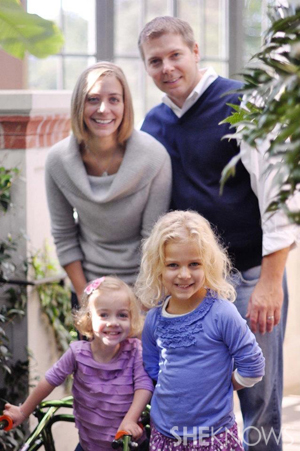 Eventually we were able to take a WREX home with us. When Emma began walking, a mobile version of the stationary WREX was created just for her. Emma became the youngest child to have a mobile bilateral WREX. She used it at home and now uses it at school.

She can use her arms to do so much more now and she’s able to experience things in a way she may never have before. She loves to use “WREXy” in her play kitchen and she often calls her prosthetic her “magic arms.” Emma can cut and paint on an easel. She uses the WREX to eat and for daily living activities. She is so much more independent when wearing the device. I am able to let her play instead of always helping her play.

My girls have taught me so many important lessons in just a few years. I’m so inspired by them. I’ve learned to be patient and not to rush these years away. I try to enjoy lazy days at home and to cherish the quiet time. I work really hard to be positive and to always give a smile to others. Being a mom is the hardest and most rewarding career! I can only hope that my daughters will learn to be smart, strong and healthy women when they’re grown. 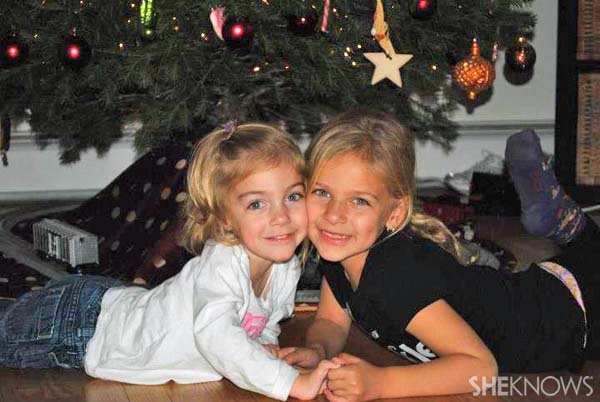 Talk with other moms about serious and not-so-serious issues. It helps knowing that other people are dealing with the same problems. Take one day at a time, do what you can and then try to do a little better the next day.