On Feb. 18, 2012, Lori Earp’s 14-year-old daughter, Ashley Long, of Eagle Point, Oregon, went to a party with her girlfriends. What was meant to be a few fun thrills — inhaling helium from a pressurized tank — turned into Ashley’s last moments. Read how her family is trying to warn other parents and kids about the dangers of inhalants.

by Lori Earp
as told to Julie Weingarden Dubin

Feb. 18 seemed like a normal day. Ashley had plans to spend the night at a friend’s house where she had stayed a few times before. She left our house at about 2 p.m. My husband, Justin (Ashley’s stepfather), and I told Ashley we loved her and to call us later at 6 p.m. Ashley did call and I could hear the girls in background so I thought everything was fine. Mariah, our 9-year-old daughter, spent the night with her cousin and Justin and I went to dinner and drove out to the lake that night. We came home around 9 p.m. and we were asleep by 10 p.m. 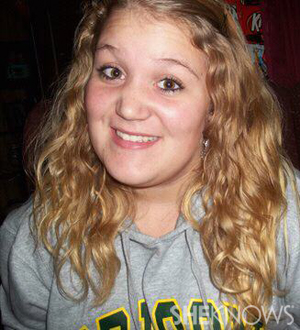 I woke up to the sound of the phone ringing at 11 p.m. An officer was on the other end telling me I needed to meet him at the hospital right away. He said the paramedics were working on my daughter and they were not getting a response. I was so confused — I thought Ashley was at a slumber party a few blocks away. The officer said Ashley was in Medford which is about 10 miles from my town. I didn’t understand how she ended up there.

Justin and I raced to the hospital where we were taken into a small room. The doctor then told us that Ashley had inhaled helium and it caused air bubbles to go to her brain instantly causing death. An officer on the scene told us that the slumber party plans had changed.

Hey, moms:
Do you know a mother with a great story? We’re looking for Mom Stories. Email Jrosewriter@gmail.com with your suggestions.

The mother wasn’t feeling well and so she asked her daughter-in-law to host the party. And, that woman came to our town, picked up our kids and gave them alcohol on the drive to her house. She then proceeded to make mixed drinks for these kids who are just ages 14 and 15.

She invited over three men who saw a helium tank in her house. The adults offered marijuana to kids and Ashley refused to smoke the marijuana, but the kids said that they all got in a circle and were trying the helium one after another, and when it came to Ashley’s turn, the kids said that one of the men pressured her into it. He told her it would be OK that her friends just did it and it was funny. So she tried it and instantly something was wrong. She got dizzy and passed out. 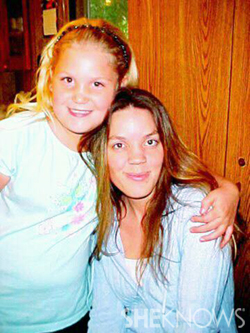 When the story hit the news, the coverage made it sound like we let Ashley attend that type of party… like we knew the adults. They made it sound like Ashley drank often and hung out like that before. Ashley did not know the adults involved. This was her first time being in this kind of environment. Ashley was an A-B student who attended church with family on Sundays and loved life.

I feel if the adults hadn’t been with our kids that night, then Ashley would still be here today. Ashley was a child and nothing about that night was appropriate for children.

I’m trying now to spread the word about the dangers of helium. It’s not funny — it kills. My daughter died laughing! I remember her being so loving, caring and always trying to make people laugh — and that’s what killed her.

Ashley’s life mattered and needs to be shared so we can learn and help keep people safe. Ashley taught me that everyone’s life is special and we only have today. Our actions have consequences and we’re responsible for our actions. Children need to be treated like children. 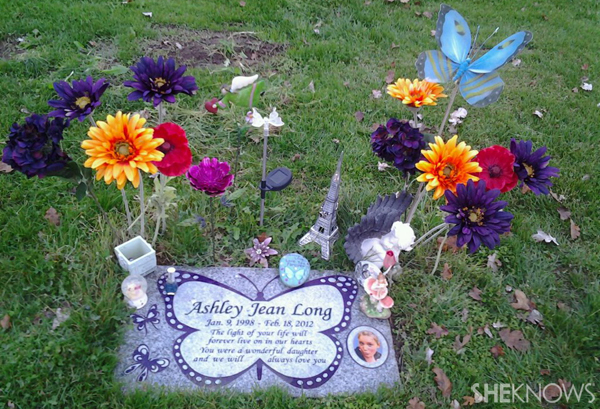 It’s almost been a year since Ashley passed. Every day I cry and wake up still shocked that she’s gone. When you have a child, you build your world around them. They become everything to you the instant they’re born and all you want to do is protect them and keep them safe.

I live with the guilt that I wasn’t there for Ashley to protect her from these bad adults. I wish every day that I kept her home that night.

On Jan. 9, Ashley would have turned 15. It was one of our hardest days yet we celebrated by having family and friends gather at her memorial site. We released 70 purple sky lanterns in her memory. I wanted the kids in our family to know Ashley’s life was important, and just because we can’t see her, we can still honor her memory.

I know that without my family and loved ones, I wouldn’t be able to get out of bed each day. Our daughter Mariah is my drive. She needs me and I want to be there for her. We will be OK — Ashley would want us to be strong.

Lean on family and talk to other parents who have been through a similar situation. They can help you see that you will be able to look ahead and there will be happy times again.

20 hrs ago
by Michelle Yang