Kids can start going through puberty as early as age 8, but some kids start the process much sooner. There are signs you can look for to determine if your child is starting down that road, and questions to get answered if she is. 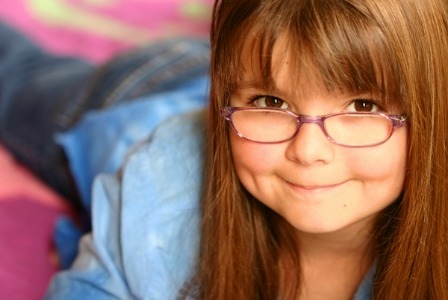 Early puberty, also known as precocious puberty, happens earlier than the earliest average dictates — before age 8 in girls, and before age 9 in boys. Even the low ends of normal may surprise parents, but outside of this early norm can be cause for concern in Mom and Dad. Here’s what to look for.

You’ve been through puberty yourself — the process of your body changing from that of a child to that of an adult is a time of physical growth, hormone surges and strange things happening to your body that your parents or health teacher were able to explain. Puberty allows your body to reproduce, by the development and alignment of sex hormones, which results in a monthly period for girls and sperm production in boys.

The signs of precocious puberty are the same, no matter what age you begin — breast growth and periods for girls; facial hair, deepening voice and penis and testicle growth for boys. Both sexes can experience body odor, body hair, rapid growth and acne.

Often, the cause of precocious puberty is unknown. According to the Mayo Clinic, there are a few potential causes, such as infection, brain injury, tumors or hormone disorders.

There are other potential causes, according to naturopath Cammi Balleck, Ph.D. She cites the alarming number of hormones that are present in our food and drink supply as well as those in plastics and cosmetics to be a real reason for concern. “The FDA currently allows six hormones in the food supply, including estradiol, estriol, testosterone and progesterone, the sex hormones that can accelerate the age at which puberty occurs,” she explained. “Due to the need to mass produce our food to feed America, these hormones are added to our meat, eggs and soy to grow faster.”

If your child shows signs of puberty before his or her time, her pediatrician may refer you to an endocrinologist for further evaluation and treatment. If you choose treatment, there are medications that can be given to halt the process until the child is older. Of course, if the puberty is due to an underlying medical condition, treatment of that issue will generally treat the precocious puberty as well.

Dr. Balleck recommends that you avoid certain things in your child’s diet and environment to cut down on the risk of early puberty. Choose organic milk from cows that aren’t given growth hormones (rBGH or rBST). The same goes for meat — choose organic meat from farms where hormones are not used on the animals.

Soy is another ingredient to cut back on or eliminate — it’s a pseudoestrogen which can thoroughly get your body out of whack. “Some moms think soy is healthier but it’s a lie — the babies on soy formula are exposed to the equivalent of five birth control pills’ worth of estrogen every day,” she said.

Also, avoid plastics that are not marked BPA and phthalate free. “BPA acts as a synthetic estrogen (female hormone) while phthalates have increasingly become associated with reduced testosterone (male hormone) in both babies and adults,” she explained.

If your child experiences early puberty, medical support is essential but also don’t discount the importance of emotional support, either by way of group experiences or counseling. Let your child know that she is not alone and you’re here to help her every step of the way.

More on growing up

From puberty to parties: A step-by-step guide to your tween’s firsts
Voice changes during puberty
Dueling hormones: When puberty and menopause collide

9 hrs ago
by Shanon Lee

10 hrs ago
by Shanon Lee

14 hrs ago
by Shanon Lee