For the younger generation, having a tattoo is not the exception – it’s the norm. From tiny words or flowers on an ankle to large designs that cover her whole back, tattoos are here to stay.

Related story Reese Witherspoon Reveals She Has to Look Up Her Kids’ Slang Words on Urban Dictionary & Moms of Teens Can Relate!
Teens need to think before they ink 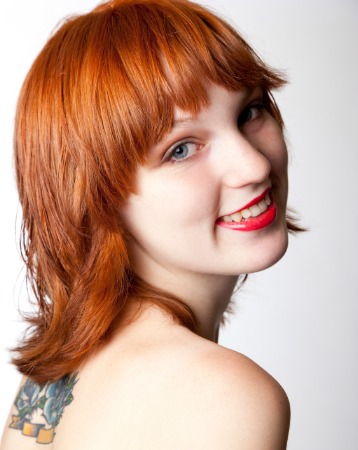 What should you know about tattooing, and should you give your permission before they are 18 years old?

Does your teen think he wants ink? Tattoos have come out of the background and into mainstream culture, and the tattoo industry has seen an explosion of interest in recent years. While tattoos may still seem counter-culture to parents, teens see them as a way to express themselves and their individual personality. Once they turn 18, teens can get a tattoo without parental permission. What if she wants it now?

Having the tattoo talk

If your teen approaches you about wanting to get a tattoo, try not to overreact. Fran Walfish, Psy.D., recommends having an open discussion with your teen. “Ask curious questions to understand why your teen wants a tattoo,” she says.

“Ask your teenager why they want a permanent mark on their body,” says Russell Hyken, Ph.D., and author of The Parent Playbook. “This can provide important insight into your child’s inner world. Some want tattoos to deepen bonds of friendship. Others may be experiencing an identity crisis and looking for some way to signify their independence,” he adds. “Convey that you understand before gently voicing your opinion.” Tattoos that seem uber cool to the teen crowd now may not be seen as favorably by future employers. There is a big difference between a small ankle tattoo and a full arm sleeve.

What about these teen piercing trends? >>

Risky — at any age

There are medical risks associated with tattooing that parents and teens need to be aware of. “I would never give permission for a child to get a tattoo,” says Elizabeth Chabner Thompson, M.D., MPH, who routinely tattoos patients for radiation therapy treatment. “Medical risks include infection, hepatitis and AIDS among others. Emotionally, children are mercurial,” Dr. Thompson adds. “This is not akin to a haircut or even an ear piercing. This is a permanent scar/defacing of the body.”

Dr. Hyken recommends that parents begin by addressing the safety issues surrounding tattoos. “Have your child promise to go to a licensed tattoo artist/parlor,” he cautions. “While this does not guarantee against infection, bleeding, swelling or pain, it does minimize the chance of poorly drawn art and unsanitary conditions that can put your child at risk for diseases including HIV and hepatitis C. Tattoos should never be inked by an amateur.”

Julie’s daughter started asking for a tattoo when she was 15 years old. “She designed it, decided where it was going to go, included all the meaningful elements of her life and begged me nonstop for months,” she shares. “I finally got her to back off until her 16th birthday by telling her I’d pay for her to do anything she wanted with her hair.” Julie feels that the tattoo itself may be less of an issue than the feeling of control teens want over their lives. Her daughter is almost 18 now and hasn’t made mention of getting a tattoo again. “Once I agreed to let her have her way, she decided to wait,” says Julie. “I personally have no need for a tattoo, but if my daughter does, I’d rather be there for her than make it into a war.”

What do you think about body modifications? >>

A teen point of view 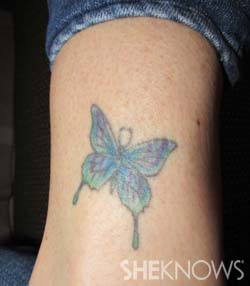 Sarah Marloff is a successful 28-year-old journalist and fiction writer who asked her parents for her first tattoo at age 14 — when she was a freshman in high school. “My dad has a lot of tattoos and sided with me when I said I wanted one,” she shares. “My mom fought us, but in the end, she told me that if I got straight A’s all year, I could get one.” Sarah earned the 4.0 and won her tattoo. “I’ve gotten a half dozen or so more since turning 18 and I will forever appreciate my parents for treating me as an adult and trusting me,” she adds.

Tattoos are a part of mainstream culture for the younger generation. Teens need to understand that although tattoos can be removed, the process is difficult, expensive and doesn’t always work. She may come to regret choices she makes to alter her body at such a young age. You may not approve of the choice to tattoo, but once she turns 18, she can get one without your permission.

You’re not leaving the house wearing that!
Teens and boob jobs
When friends are a bad influence