Those iPhone games that your kids play may be collecting more personal information about your kids than you think. 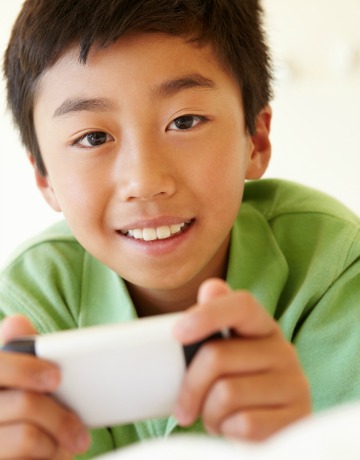 According to a recent Federal Trade Commission report, which included a survey of applications marketed to kids in both Google and Apple’s app stores, many mobile applications are collecting a lot more private information about young players than most parents would like.

Though the FTC isn’t releasing the names of specific apps in the report, the organization does say that the problem is widespread throughout the mobile space, and that they’re advocating “gatekeepers” like Google and Apple to do a better job screening out possibly privacy-invading jobs from their catalogues, and particularly from the apps designed for kids under the age of 13.

What the study found

After a thorough assessment of 200 top kids’ apps from each major app marketplace, FTC officials found that 59 percent of those apps were sending information about their users back to the apps’ creators, often tagged with a digital ID that identifies the device on which the game was played.

What information were they collecting? A digital ID can provide a wealth of information about the user, including the user’s precise geolocation, phone number, list of contacts, call logs, unique identifiers, and other information stored on the device.

How can it be used?

This information can be aggregated across apps, giving advertisers a scarily full picture of the habits of a specific device owner. Significantly, more than half the apps tested showed ads to young users, often tailored to their tastes using information pulled from that rich database of user information, but very few disclosed the ads ahead of time. Some apps also allow kids to make in-app purchases or connect to social networks.

Why you should care?

App developers can use this information in any way they wish, with few limitations. Ads and apps that are targeted to your kids could be inappropriate or for products you don’t want your kids to have. And on a very basic level, strangers are collecting personal information about your kids, which should give any parent pause.

The biggest problem the study found, however, was that only 20 percent of these apps offered accessible privacy policies, and most did not do a good enough job letting parents know up front what information they gathered about players. Privacy policies were often hidden or difficult to understand, leaving parents with few options when it came to deciding which apps to allow.

What you can do to protect your kids

So what can parents do to keep their kids’ information safe? We talked to Manas Mohapatra, who is part of the FTC’s Mobile Technology Unit, who said the organization is “developing new consumer education directed to parents to help navigate the mobile app marketplace and avoid apps that fail to provide adequate disclosures.” But for now, here are some good tips to follow to protect your kid’s personal information.

Built-in safety measures: The options vary depending on the make and model of the device, but both Android and iOS phones offer a number of built-in safety measures, including the ability to turn off the internet connection (airplane mode) or limit in-app purchases on the phone. Be aware, however, that older kids may find it easy to turn those features back on again.

Parental controls: Several parental control software providers have made forays into mobile software solutions and secure browsers you can install to replace the default browser on the device. In general, more companies have released Android-compatible solutions than iOS solutions, so you may want to look into an Android device for your child if this is a top concern. Net Nanny, which we’ve found both most effective and easiest to use for parents, currently offers an Android app and has plans to release an iOS one soon.

Personal involvement: Parents should also remember to try out the apps and games they download for their kids ahead of time to get a sense of what the programs do and whether they’re marketing anything to their users. Double check for connections to social media sites like Facebook, and be sure to take a look at the privacy policy before you hand the app over to your child. If you can’t find a privacy policy or aren’t comfortable with what it contains, think carefully before allowing your child to use the app.

Though FTC associate director Jessica Rich describes the problem with app over-sharing as “systemic,” the organization has said that they do expect to see improvement going forward, both from app developers and from marketplaces, when it comes to abiding by the current laws about privacy for minors. The FTC is also expected to make a decision this month about whether or not to expand the current list of information companies are not allowed to collect from children under the age of 13, so keep an eye out for new developments on that front. 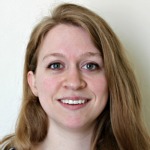