Your teen is testing the limits — both at home and at school. Some may say it’s par for the course for teenagers, but when has it gone too far? If your teenager is getting into increasingly difficult situations, you may need to seek help to get it under control. 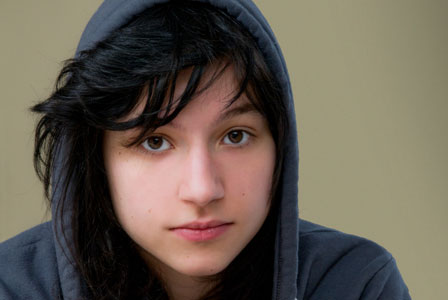 Teenagers have been asserting their independence from parents for as long as there have been teenagers.

Parents of teens are often taken by surprise when struggles begin, but it’s a natural progression on the course to adulthood. When the struggles seem never-ending and the conflicts become more serious, how do you know when to seek help?

Is it really rebellion?

What one parent sees as rebellious behavior, another parent may be able to overlook. Regardless of how the behavior is perceived by parents, rebellion in the teen years is normal. “The thing to understand about rebellion is that it’s supposed to happen,” says Carl Grody, LISW, MSW, a licensed independent social worker. “It’s a transitional phase of development between childhood and young adulthood.” This new phase often takes parents by surprise. “Parents are often confused by this because they’re used to their children wanting to please them and be like them,” adds Grody, “but a teen’s job developmentally is to start creating his own personality separate from his parents.” One of the most predictable ways teens do this is to begin defying their parents, which is developmentally appropriate at this stage.

When it means more

Bigger struggles with more serious consequences may signal that there is more than just growing up going on. Grody shares a few questions to ask yourself to tell if your teen’s rebellious behavior is more serious.

In the end, Grody suggests that you remember your parenting instincts. “Finally, what’s your gut reaction? Nobody knows your child better than you do. You should trust your instincts,” he adds.

Erica Ives, M.A., MFT, CEDS, is a licensed marriage and family therapist who works with teens and their parents. “Parenting a teen and being a teenager are two of the most challenging jobs in existence,” she says. “Keep lines of communication open with other parents of teenagers to discuss and share concerns to not feel so alone.” She stresses that staying connected to your teen is crucial to making it through this stage. “Ask your teen how they are, check if everything is OK and remind them that you are there for them to talk to.” She says that parents should be proactive, rather than reactive.

Being the parent of a troubled teen can feel isolating. One mother — who blogs at Inelegant Unpremeditated Life — shares her experience with her daughter. “We had problems with her running away, making up lies, sneaking out and sneaking boys in starting at about age 13,” she shares.

“I wanted her to see a therapist but her dad said it was a waste of time. Then when she was 15, we got in a fight — she’d stolen our van and drove it into a concrete pillar at the gas station — and she pulled a knife on me. My husband got the knife away and pinned her down until the sheriff’s department showed up and took her to juvenile hall.” Her daughter had mandatory counseling but refused to talk with the counselor and was placed on probation.

After numerous other issues — including being on the run from the law for a month over a probation violation — police picked her up and the court mandated she go to a group home. “She was there six months,” her mother adds. “We still had issues when she came home from there — just total disrespect for our rules since she had graduated high school and turned 18. We packed her stuff and put it out on the back porch and made her find a new place to live.” She says a few months later they let her move back in. “She is 19 now and has calmed down a lot. She works and has enrolled in college. She still tends to be pretty disrespectful but overall she’s in a much better place,” she adds.

Keep a watchful eye on your teen’s behavior and seek help if you feel he or she is troubled — before it’s too late.

Tracking your teen’s texts
Teen tantrums: The son edition
When your teenager hates you