Here we go again: President’s Day is less than a week away, and with it comes that blessed thing, the three-day weekend. Plenty families celebrate the federal holiday with mini-vacations, standing in line to cash in on the latest deals, the usual — but how well do your kids know the holiday’s history and origins? How well, for that matter, do you?

The holiday falls on the third Monday in February, and it’s when the federal government honors the birth of founding father/first president George Washington, who was born on Feb. 22, 1732. But not every state recognizes the holiday the same way.

In some states, such as Arizona, Presidents’ Day is also meant to acknowledge Abraham Lincoln’s birthday (Feb. 12, 1809). Other states, such as Alabama, choose to celebrate Thomas Jefferson’s birthday (April 13, 1743) alongside Washington’s. Then you have states like California and Minnesota, which use the day to honor all of the nation’s presidents, both past and present.

Confusing, right? As you may know from experience, explaining the holiday’s complex origins to children can be difficult. Perhaps that’s why so many schools choose instead to focus on some of the positive aspects of past presidents: Washington was a war hero; Lincoln helped abolish slavery; Jefferson was a world traveler; Theodore Roosevelt loved the outdoors and formally established many national parks.

Though the lesson books often gloss over the more controversial aspects of these presidents’ lives — for example, many of them were slave owners — teachers and parents have long pointed to the positive changes so many of our presidents set in motion in the past, which leads us to wonder: What is history going to say about President Donald Trump?

During his term in the Oval Office, Trump has already been at the center of numerous scandals, including his recent impeachment trial and his alleged affair with an adult entertainer (you probably want to skip mentioning that one to your kids). Additionally, he’s made offensive and racist remarks both publicly and behind closed doors; he praised white nationalists who rallied in Charlottesville, North Carolina, as “fine people” and referred to nations including Haiti and El Salvador, as well as the entire continent of Africa, as “shithole countries.” The office that once inspired millions of people to be better versions of themselves is now one that many parents feel they must shield their children from — for fear they will grow to emulate some of the worst qualities of their nation’s current leader.

So how do you even begin broaching the topic of U.S. presidents past and present with impressionable kids? And how can you spend this holiday as a family doing something your kids will love and learn from? Read on for some ideas. 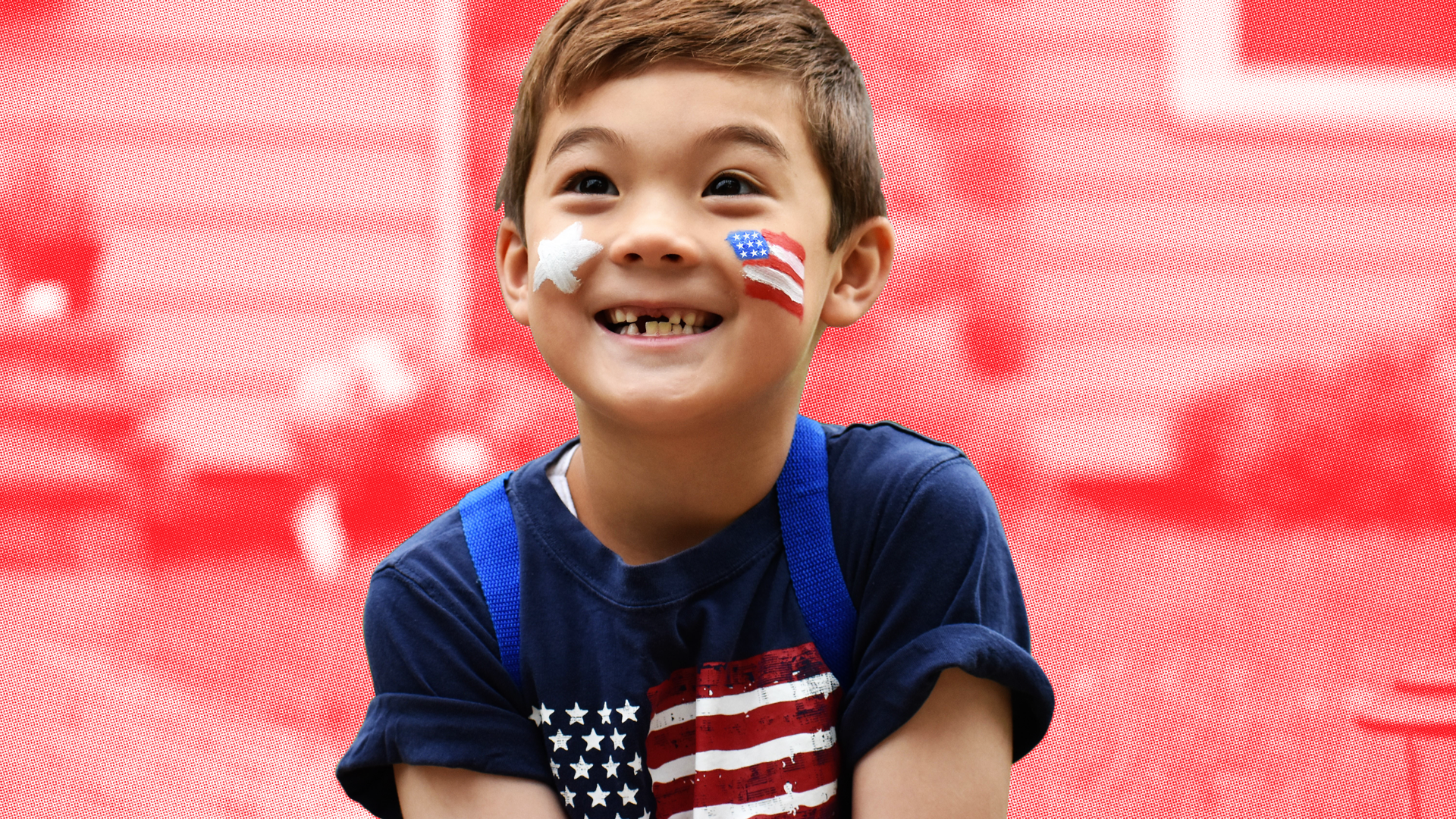 There’s a longstanding myth that Washington could not tell a lie. According to the legend, 6-year-old Washington chopped down his father’s favorite cherry tree, and instead of placing the blame elsewhere, he took full responsibility himself. Lincoln, too, prided himself as a truth-telling man — and earned the moniker “Honest Abe.”

Today, it grows ever harder to distinguish between fact and fiction, with journalism under attack and so much misinformation in everyone’s Facebook feed. To make things worse, Trump often bemoans the press and cries “fake news” whenever he reads a fact-based story he doesn’t like.

This Presidents’ Day holiday, the best parents can do is have a frank discussion with children about the merits of being honest and kind. If you’re looking to have a little more fun, you can play the game Two Truths and a Lie. In addition to having a few laughs, you’ll get to teach your kid how to think critically and use their judgment to recognize false assertions.

One of the qualities we look for in a leader is compassion. In an age of children being locked in cages at the U.S.-Mexico border, it can be hard to remember past leaders have done remarkable things to help the underserved and marginalized. For an example that’s likely from your child’s lifetime, President Barack Obama fought to pass marriage-equality laws and welcomed Syrian refugees fleeing from a terrible crisis.

To teach your children about outreach and service, you can volunteer together at a local homeless shelter or spend the day gathering school supplies for kids in need. Or you could simply watch a fun movie with a message — try Finding Nemo for younger kids and Cyberbully for older kids — and then discuss the importance of defending others and doing what’s right.

Teddy Roosevelt couldn’t get enough of the United States’ stunning scenery, from the Grand Canyon to Yosemite Valley. Not only did he create five national parks, but he also oversaw the creation of bird sanctuaries and national forests. During Trump’s first year in office, on the other hand, he diminished the size of national lands to open the areas up for drilling and hunting. Environmentalists who were angered by the move argue that allowing drilling could potentially have irreparable impacts on U.S. habitats and wildlife.

This holiday, opt to spend a little time outside. Take your kids on a leisurely hike in the mountains, grab your bikes and hit the trails, dip your toes at the beach or a lake. Or just head to the park with a picnic basket for a relaxing lunch. If you’re an urban family and those options are unattainable, cuddle up on the couch and watch a nature documentary. Throughout the day, you can talk about why it’s so important to take care of the planet.

Learn about another culture

One of the fundamental roles of the president is to engage diplomatically with other nations. President Franklin Delano Roosevelt took foreign relations to another level when he helped establish the United Nations in 1945. Today, representatives from 193 states meet at the U.N. to discuss various ways to create a healthier, safer world for everyone.

Of course, diplomacy doesn’t just boil down to negotiations and hard-hitting talking points. To connect with another leader, the president must also have a basic understanding of that country’s culture. What are the foods they eat? What are some of their traditions? What’s their language?

Shake things up by trying a new cuisine with your kids — either at home or a restaurant. Or pick a spot on the map and research some fun facts. You may just find your next travel destination while you’re at it.

Talk about the future

Perhaps most important, talk to your children about the future of our country. This doesn’t have to be a daunting conversation in which you explain to them that the fate of the nation rests in their tiny hands. Instead, you can ask them what they would do if they were president. Who knows? You could be parenting a future president right this moment.

A version of this story was originally published in February 2018.

For an easy way to kick-start your conversation with kids about diversity in this country, try one of these amazing reads.