The mother-son relationship can be complex but it can also be extremely rewarding. While a father’s role in a boy’s life is a little easier to define, a mother’s influence is just as important. Sons have specific needs that mothers are uniquely qualified to meet. 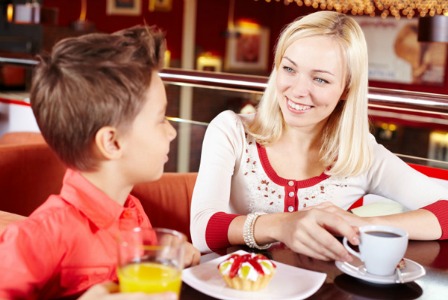 Mothers of boys know that the bonds can be strong… and complex. Mothers may have a difficult time understanding exactly what a young man is experiencing in life, but sons depend on their moms more than many may think.

The mama’s boy perception has been around for generations. It describes a young man who has been overly ‘softened’ by his mother’s doting attention — but it is true? “One misconception is that being close to your son causes him to be a mama’s boy, weak or dependent,” says Cheri Fuller, an award-winning author of 44 books including What a Son Needs from His Mom. “The reality is that a mother’s love doesn’t make her son more dependent or timid; it actually makes him stronger and more independent.” So mothers shouldn’t hold back when it comes to showing their sons love, especially in a society in which parent-child relationships are often strained.

While the father-son relationship is a bit more clear-cut than that of a mother and son, there are definitely certain areas of a boy’s life that a mom is uniquely qualified to address. “Moms make an indelible imprint on the lives of their sons,” says Fuller. “How they nurture, cuddle, respond, kiss, reassure, encourage, teach and love their boys determines a son’s capacity for a healthy beginning in life — both emotionally and cognitively.” Every interaction a mother has with her son has the potential to shape his perspective and impact his future relationships.

Ask yourself: Are you afraid your son will leave you? >>

The fact is, mothers will never truly understand exactly what their sons go through as they grow from little boys to grown men — but that’s OK. Trying too hard to relate to a son can cause an incredible amount of stress and leave a mother feeling inadequate and confused. Rather, it makes much more sense to embrace your differences and operate from an authentic point of view — as a mother. “It helps to prepare yourself that you’re raising a human being who is different from you, who will likely think, reason and communicate differently than you do,” says Fuller. “Understanding boy energy, adventure needs, how to build a son’s confidence and differences in communication styles goes a long way toward a healthy relationship.”

What not to do

Instead of a list of dos, Fuller provides the following list of don’ts when it comes to developing a strong relationship with sons: