Instead of one big talk, experts encourage parents to have ongoing conversations about sex and sexuality with their children. Are you prepared to add homosexuality to your discussions? 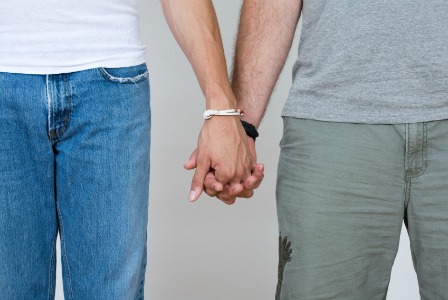 “Homosexuality is a topic that brings up a lot of anxiety for parents,” says parenting expert Dr. John Duffy, author of The Available Parent. “But as anxious as the issue might make parents, it can make kids quite anxious as well, and they need to know that their parents are available to talk about it.”

Many of us grew up on the receiving end of the formidable “talk” — the single sit-down lecture our parents gave about the birds and the bees. Today’s experts, however, encourage parents to spread the talk over a series of ongoing two-way discussions as your children grow — and the discussions should include more than just the what and how of sex.

“Like the sex talk, the drug talk, the online safety talk or any of the myriad of other ‘talks’ we’re supposed to have with our kids, a discussion about homosexuality needs to be open and ongoing,” says Dr. Duffy.

Is your sex talk with your teen sinking in? >>

You can’t make your child gay

“I have worked with parents — intelligent people, mind you — who have feared that there would be a power of suggestion in bringing up the topic of homosexuality,” says Dr. Duffy.

Educate yourself. If you don’t have a good understanding of homosexuality, or if talking about the subject makes you uncomfortable, then resolve to learn more. Your child trusts you and follows your lead, so don’t allow ignorance to be your guide.

How to foster a gender creative child >>

Normal is what you know

Erin Margolin‘s gay father, Larry, is married to a man, Kory. To Margolin’s 7-year-old twin girls, Larry is “PopPop” and Kory is “NaNa.” The twins have never seen Larry — who divorced Margolin’s mother more than 20 years ago — with anyone but Kory, so to them the relationship is perfectly normal.

“When PopPop and NaNa visit us, they sleep in the same bedroom,” says Margolin. “The girls have never questioned this, and it’s never seemed out of the ordinary to them.”

Spending a week at their grandparents’ home just reinforced the twins’ understanding that Larry and Kory are a couple. “They own a home together, live together and sleep in the same bed, just like their own parents do,” explains Margolin. It doesn’t matter or even occur to them that PopPop and NaNa are both men.

What does “gay” mean to you?

Margolin’s twins don’t know the word “gay” yet. “We haven’t felt it necessary to start in with labels, despite having multiple family members who are gay,” says Margolin.

Dr. Duffy encourages parents to take a cue from the media, if necessary. “If a gay character shows up on a show, for example, use it as an opening for a discussion about homosexuality,” advises Duffy. But you don’t really need a “cue” to get the conversation rolling.

“Just ask a question about your child’s thoughts on homosexuality or if they know anyone who is gay,” suggests Dr. Duffy. How you begin the dialogue isn’t nearly as important as what you talk about.

Gay characters on the rise on network television >>

Talk not just about sex, but also about love

Margolin and her daughters have had “several short conversations about things of a sexual nature,” and Margolin expects that these talks will continue, progress and likely get longer as the girls age.

As the kids get older, the conversations will become more in-depth, but they still don’t have to focus on labels such as homosexuality or bisexuality or lesbian or gay. “It’s fine to describe and define the terms,” says Margolin, “but the focus should be on the issue of love and the freedom to love whomever we choose.”

In every talk about sex, sexuality and homosexuality, it’s important to promote an environment of openness, honesty and acceptance. “Parents need to be clear about acceptance and they need to be open to further discussion,” says Dr. Duffy. “Kids who are straight, gay and unsure (and I’ve worked with many tweens and teens in this category) need to know they can always go to their parents.”

Margolin is working on The Gay Dad Project, a documentary about kids with gay parents. “I think our children are luckier than those of previous generations because many are coming of age and/or being born into a time when things like this are happening everywhere,” she says.

Margolin hopes and wishes that the talks she has with her own kids about sex and love will be easier and lighter. “I won’t be afraid to tell them the truth and to talk about things,” she says, “but I want them to know that no matter whom they love, it’s all OK.”

What to say when your child is gay >>

Are children of gay parents less happy than their peers?
Celebrities chime in on gay marriage
Television as a conversation starter