Have we, as a nation, become so accustomed to fictional violence in television shows, movies and video games that we now are desensitized to real-life violence and death? 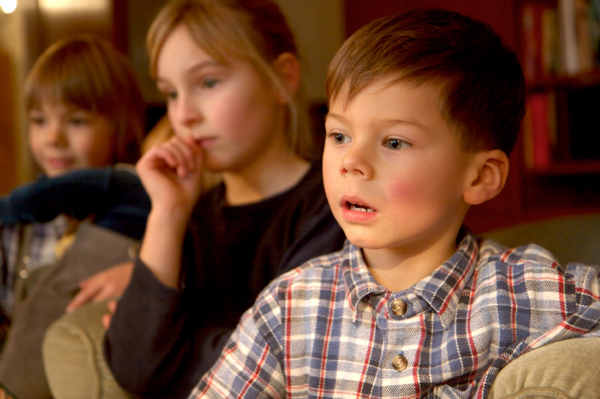 As I ponder the events in Newtown and the conversations taking place in the media surrounding the massacre of innocent children and their teachers, I am perplexed and dismayed at how desensitized many of us have become to senseless and violent deaths, even of little children.

Some congressmen and pro-gun activists call for our teachers being armed as a deterrent to such shootings. Fight violence with violence, they seem to say. One pundit declares that since only 2 percent of schizophrenics are violent, perhaps treating them more effectively would not move the number of violent deaths downward. So helping the mentally ill is questionably worthwhile. Others point out that the Brady Bill, which outlawed assault weapons for 10 years, did not statistically change the number of homicides in our country. So maybe we should do nothing with automatic weapons.

In short, we live in a society in which even a public conversation over minimal actions that might avert future deaths is tilted toward doing little or nothing.

At best, we might make some changes around the societal edges even as we fail to take a closer look at how the society has hardened itself to such slaughter and refused to even ponder how deeper societal changes are necessary.

Why are we the way we are about violence and senseless slaughter? I suggest that much of our desensitization has transpired on a national level since we have lived through decades surrounded as a people by brutal images our media has pushed on us.

How many times has each of us seen and heard automatic weaponry rat-tat-tatting on TV sets or in the movies? How many kids are taking deep pleasure in playing at mass murder in video games night and day? And how many quarrels have broken out in American households between parents who wish their kids to study or go to bed and their children who wish to watch more action movies, commit more murders on their screens? We may see this all as fictional, but this blood-splashed imagery has seeped, I suggest, deeply into our sensibilities as a people.

As social science researchers in the field of media violence have made clear via their voluminous studies, incessant watching of media violence not only leads to trends in many kids toward greater bullying and violence, but also it enhances our children’s desensitization to violence.

So these kids immersed in fictional violence are more likely to perceive real violence as acceptable, as a reasonable way to solve any problem.

Because many of us have been reared on this media diet in which brutal, perverse and gratuitous violence is the norm, naturally we will tolerate high levels of violence in our society.

So most will not insist on real change in how violence is perceived and will accept a few changes on the edges of the society as enough — a few more dollars spent of mental illness prevention, a little tweak of the law around background checks for buying guns, a few more schools with automatic door-locking mechanisms. These changes done, we can then change the channel and go on with our lives.

Dr. George Drinka is a child and adolescent psychiatrist and the author of The Birth of Neurosis: Myth, Malady and the Victorians (Simon & Schuster). His new book, When the Media Is the Parent, is a culmination of his work with children, his scholarly study of works on the media and American cultural history, and his dedication to writing stories that reveal the humanity in us all.

Witnessing domestic violence: The effect on children
Connecticut school shootings: How to talk to kids about violence
When education becomes violent