It’s the big day and you and your husband can’t wait to blend into the couch with a bag of chips and a cold beer and watch the game (him) and the commercials (you). But what about your children who you know won’t want to watch this NFL showdown? Not to worry, the kids will have plenty of fun games of their own to play on Super Bowl Sunday! 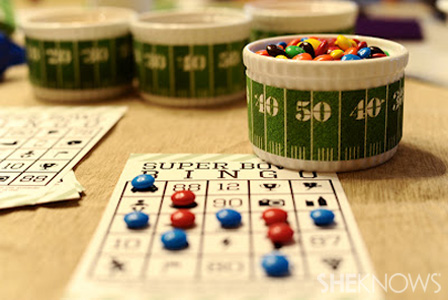 It’s the big day and you and your husband can’t wait to blend into the couch with a bag of chips and a cold beer and watch the game (him) and the commercials (you). But what about your children who you know won’t want to watch this NFL showdown?

Not to worry, the kids will have plenty of fun games of their own to play on Super Bowl Sunday!

Designate a room in your house as the game room and fill it with tons of game options. From football-themed video games (think: Madden NFL) to pin the football on the field goal, the kids will be entertained for hours so you can be focused on how many touchdowns your team is scoring — and take in all of the commercials without interruption. 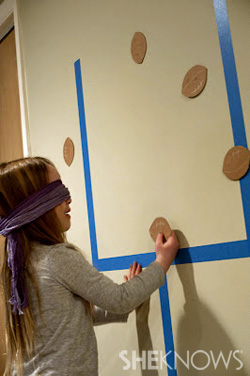 Tweens: Set up the Xbox, the Wii, Nintendo or all of the above. Once the consoles are turned on, you won’t hear from your child again for hours! Add in some snacks and a cooler with drinks and your tweens will be in heaven.

Little kids: Play football bingo. There are tons of free printables available online or you can make your own. Get the kids in on the action and let them help design the cards and think up the prizes. You can even make the bingo chips edible like professional photographer and blogger, Michelle DuPuis did.

You can also take it outside during the pre-game show and have a game of football with the little ones. Use a soft football and make up silly rules. They get a bit of exercise and you get to watch them laugh.

Toddlers: Play pin the football on the field goal. DuPuis and her husband designed their own game using painter’s tape and construction paper. Blindfold your child, spin her around and let her try to pin the football between the goal posts. Any football that makes it between the uprights earns a prize.

Call on your little performers to put on their own halftime show for you. Bruno Mars and the Red Hot Chili Peppers are the stars of this year’s Super Bowl halftime show, so challenge your children to come up with an act that is centered around music and dance. This activity is sure to keep them occupied during the first half of the game as they practice their performance and also during the second half when they prepare for their encore! Get your video camera ready as your children’s entertainment will certainly be just as entertaining as the Red Hot Chili Peppers — but DVR it to watch later.

Tweens: Your tween can be the manager, the choreographer, the lead singer or all of the above. From lip syncing to actual singing, you’re sure to be entertained by any performance your children think up. If they are familiar with songs by the Red Hot Chili Peppers or Bruno Mars they might have fun spoofing a few of their hits. Give them free reign to come up with their own fun ideas.

Little kids and toddlers: The little kids and toddlers can be your tween’s back-up dancers, singers or musicians. They can also help design the set and decide on the costumes. During the performance the little ones can join the audience or be on stage — and they are sure to have fun assisting the bigger kids.

From easy to hard, think up a wide range of trivia questions so children of all ages can play. You can either focus the ideas around this year’s Super Bowl, which will make it more of a guessing game (Who will win? How many points will the Super Bowl championship team win by? Which team will score first?) or you can ask about past Super Bowls or football in general. Here are a few ideas for questions you can ask:

6 hrs ago
by Claire Gillespie