For Sarah Churman, being legally deaf was all she knew for 29 years until a surgical implant gave her the gift of hearing. Her husband, Sloan, filmed the first time she heard her voice and posted the moving clip on YouTube. It quickly went viral and landed her on Ellen and ABC’s 20/20. Sarah, 30, of Fort Worth, Texas, has since written a book, Powered On (Indigo River Publishing), sharing her story to inspire other people to always have hope.

I was born legally deaf. Several years ago I underwent testing and scans to find out the exact root of my hearing loss. I learned that I was missing the hairs in my inner ear. The hairs are what transmit the sound waves to the brain. It was just a genetic abnormality. 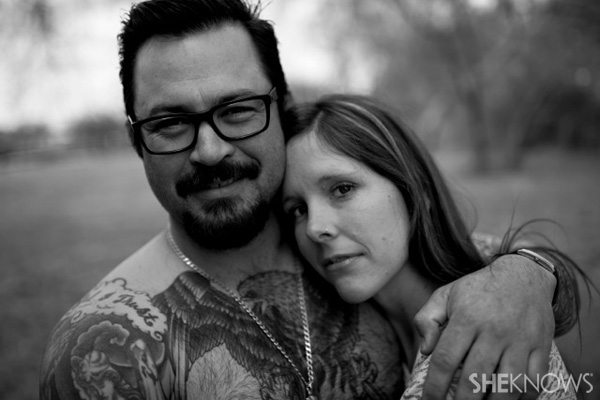 In May of 2011, my husband, Sloan, was driving in his truck and heard a radio ad for the Esteem hearing implant by Envoy Medical. He listened to the ad, and in a feverish frenzy called me up and told me to Google it. He was certain it was for me. I immediately started researching like mad and I realized it was indeed my miracle.

Millions of people watched me hearing my voice for the first time in September of 2011, after Sloan recorded the moment and put it on YouTube (see video below). But what people don’t know is how scared to death I was to hear my own voice. Scared that the implant wouldn’t work and worried that I wouldn’t like it. Having “good ears” was something I dreamed about my whole life but I was extremely nervous.

As odd as it sounds, there was a certain sense of comfort in the way I was. Every morning for 29 years, I knew what to expect. I knew I’d wake up and put in my hearing aids and go through the motions. I could only hear loud noises and vibrations wearing hearing aids. 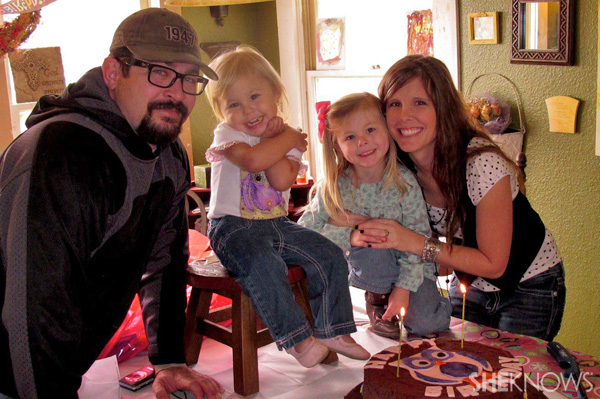 Prior to getting the implants, being “legally deaf” was all I’d ever known. I could hear some sounds like vibrations and loud noises through my hearing aids. Sloan and I had developed a way of life. I was blessed in that I married a man who pretty much has been my ears when I needed him to be. He was always the one to hear the kids at night, and if it was my night to get up with the baby, then he’d get me my hearing aids and wake me up.

I was always aware of what I was missing out on (or what I felt I was personally missing out on). My daughters, Olivia, 5, and Elise, almost 3, had only known life with a mother who needed a little extra help at times. They were groomed to be children that focused on me as they spoke because I needed to read lips. They were always aware that they had to get my attention and that things like speaking to me from the other room were not going to work. As far as everyday life, I just stayed as tuned in as I could to my girls, constantly watching their faces and body language.

When I first heard my voice I remember feeling a strange sensation. I thought I sounded weird. The very first day Sloan joked with me that he had a new wife because I spoke so softly compared to before when he had to sweetly ask me to speak quieter in certain situations.

The implants have changed my life dramatically. I’m now able to talk to my girls from the other room. I can really enjoy their little voices, the tones, the noises they make. I fell in love with their faces and body language the first part of their life, now I can fall in love with their voices. I’ve gained self-esteem and I’m a better wife, mom and friend. I’m more outgoing and willing to do things on my own. I’m not afraid of what others are thinking or that I’m missing out on something.

I’ve always had a passion for life, and for the beauty around me in everyday things due to paying such close attention to details and always being so tuned in. But now, I’m experiencing things for the first time in a new way. I even wrote a book, Powered On, published by Indigo River Publishing, to share my story about the beauty of hope. I want people to think about others and find good in the world.

The hard times, struggles and heartaches only last for so long, and they all play a huge role in shaping the person you’ll become. Don’t wallow — instead think of the good things that make you smile. There’s always something to be grateful for.

Watch Sarah hearing her voice for the first time