We checked out (or is it stalked?) the Twitter feeds of some of our favorite celebrity moms. New mom Megan Fox officially has joined Twitter, but doesn’t seem too impressed, while Snooki keeps us entertained with her tweets. Kendra Wilkinson tweets about having another baby, while Britney Spears hints about her return to the second season of The X Factor. 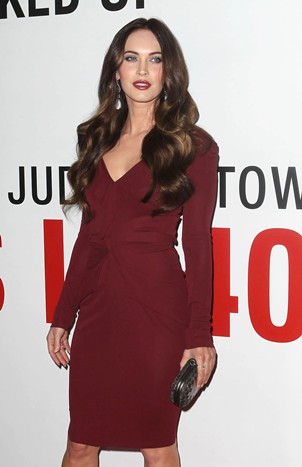 Megan Fox has had a Facebook page for quite some time, but the new mom officially joined Twitter on January 3.

“I’m incredibly late to the party but I’m here nonetheless, so what now?” tweeted Fox, who recently gave birth to her first child, a boy named Noah, with husband Brian Austin Green.

“Hello twitter. How is everyones day going? 7:30am and we’ve watched ‘A Bugs Life’ twice…so mine has been action packed as per usual,” tweeted Fox, who lists ‘Lover.Healer.Mother’ on her profile and (last I checked) has over 250,000 followers.

“Is it cool or embarrassing to own a life size R2D2? It’s cool right?…Right?!” she wrote, with a picture of the Star Wars robot.

She didn’t share any pictures of baby Noah, but she did share a cute photo of her as young child.

“So while everyone else lived in the 80s my family was living in the Wild West? ?Do you have embarrassing family photos?” she wrote, with a link to a family photo.

“5 days on Twitter and I have yet to discern it’s purpose.#WhatIsThePoint ???”

“Some of you may, or may not have noticed by now that my Twitter account has been shut down…I thought that 2013 might be the year that I finally blossomed into a social networking butterfly… but as it turns out I still hate it,” she wrote on Facebook. “Love you guys but I will just never be that girl. Facebook is as much as I can handle. #I’m Sorry”

Snooki has been busy on Twitter gushing over her son Lorenzo and promoting her new reality show on MTV called Snooki & Jwoww. She also makes sure to call out any haters, like this tweet for one of the Daily Mail writers:

“Daily Mails article about my ‘non mom like outfits’….Stop worrying how I dress Sarah and write an article on important things,” Snooki wrote.

“Can’t decide if @snookifashion headphones are cute or dumb,” tweeted one follower, referring to her new line of headphones.

“With the amazing giuliana rancic ! Our kids are 3 days apart, how cute,” tweeted Snooki, with a link to a photo of her standing with the E! News host. Rancic had a baby boy named Edward via gestational surrogate.

“So many fans came out today with their babies and I almost cried thinking how much I just want to hug mine! Can’t wait to kiss my baby!!!” Snooki wrote. 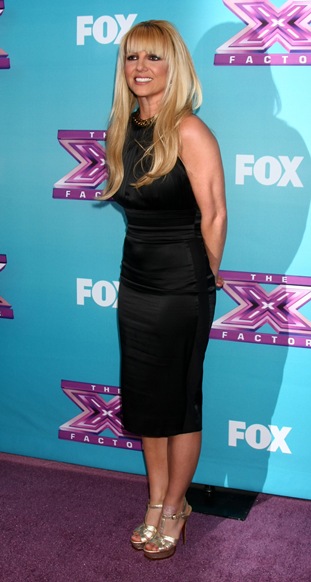 On the heels of rumors that Britney Spears has turned down $15 million to judge the second season of The X Factor to focus on her music, she hinted about what is in store for her:

“I’m seeing so much chatter about new music out there. Glad to see you’re all paying attention 😉 Lot of work to do in 2013! LETS GO!” she tweeted.

Backtracking a bit on her Twitter feed, I love this nugget on how the December 21, 2012 Mayan Apocalypse didn’t happen as planned:

“Still dancing bitches!!!” she wrote on December 21, with a link to a clip of her video from her song, “Dancing Till the World Ends.”

“Spending a quiet New Years Eve in with my boys and little miss@hannahspears. Let’s hear some interesting resolutions for 2013?” she wrote on New Year’s Eve. In case you were wondering, Hannah Spears is her dog.

“I almost posted a nude photo of myself. Wheeeww. So close. Hahahahaha,” tweeted Kendra Wilkinson.

And now that we have your attention, she also wrote about having more kids.

“One thing that people keep asking is when is baby #2 happening? Here’s my answer,” she tweeted, with a link to a video blog of her answer:

“Not now!” she said in the video. “Hank and I are in a place where we are very happy. We are balanced. And when we finally felt that balance in our lives, we wanted to take advantage of it.”

“We go out. I party with my friends, he parties with his friends. We travel… Life is good right now. I’m not saying life would be bad with another one. But life is balanced right now.”

So there you have it!

8 mins ago
by Ellen Niz