Despite all the research and data, endless debate continues about why New Jersey has a high rate of autism diagnosis. Is there something in the water or is it because the state has the best diagnosis and screening capabilities? 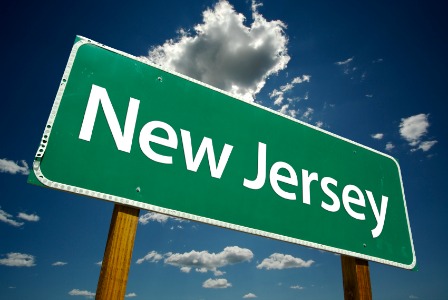 When in the midst of our first (blind) date dinner conversation, my future husband said, “I will never live in New Jersey.”

While his statement had more to do with a much longer and more inconvenient work commute and less to do with my dearly beloved and much-maligned home state, two things immediately became crystal clear: 1) Who the [expletive deleted] does this guy think he is?, and 2) If he wanted to live with Jane Goodall or Dian Fossey’s gorillas in a malaria-filled tropical rain forest, I’d happily go along for the ride. (Within five minutes of our initial meeting, I knew I would marry him. The fact that he might not have shared my sentiments never even occurred to me.)

Still, the thought of not living in the Garden State depressed me. Aside from Bruce Springsteen, Jon Bon Jovi and Whitney Houston — “the usual suspects” — New Jersey is home to many people of fame and renown. Heck, my own hometown of West Orange — the recent movie The Oranges paid homage to my hometown and its neighboring communities — boasts such famous residents (by birth and/or by choice): 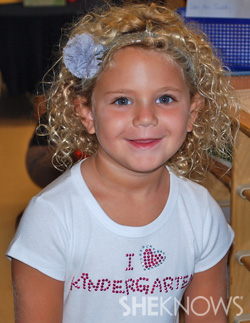 Something about the Garden State inspires romance (in its residents). For us, New Jersey is about an innate love of the three S’s: sparkles, spangles and spandex. It’s about how we created and perfected “How you doin’?” long before Joey Tribbiani. It’s about going “down the shore” for endless summers… it’s about knowing — from birth, really — every single New Jersey Turnpike and Garden State Parkway exit. It’s about Bruce (don’t dare ask, “Bruce who?”) singing about the virtues of being “in love with a Jersey girl.” New Jersey breeds a cult of personality. There must be something in the water.

NJ rules! (and Utah too)

And, that’s just it. People say there really is something in the water. Despite all its plentiful assets, the Great State of New Jersey ranks second in the nation (Utah is first) for children diagnosed with autism — about 1 in 49; the current national average is 1 in 88 — according to data the federal Centers for Disease Control and Prevention (CDC).

For non-Jerseyans who haughtily grumble, “Of course New Jersey leads the nation in autism diagnosis; the place is nothing more than a toxic dump…” know this: The statistics are misleading. Utah and New Jersey lead the nation in the number of children diagnosed with autism precisely because they have the best diagnosis and screening capabilities; New Jersey in particular, prides itself on its sophisticated autism screening and diagnostic services, which can lead to all-important early intervention programs.

Not so sweet home Alabama

In direct opposition to the nation’s staggering upswing in autism diagnosis, (at least) one state bucks the trend. Alabama might be a place “where the skies are so blue,” but the state remains one of our nation’s most financially troubled. The fact that Alabama reports a drop rather than a rise in its autism rates is not cause for celebration; it’s cause for fear. Unlike New Jersey, Alabama’s educational system — and the state itself — simply does not have the ways, means or time to properly diagnose its children, which means a large percentage of the special needs population is tragically underserved, if served at all. There is nothing remotely “Sweet Home” about this burgeoning health crisis.

Despite all the research and data, endless debate continues about why New Jersey has a high rate of autism diagnosis. While some contend that Newark and its surrounding areas with its heavy industry and manufacturing are solely responsible for New Jersey’s high autism rate, Roger Kurlan, M.D., a neurologist at Overlook Medical Center in Summit (New Jersey, of course), is leading a study to identify genetic patterns that may distinguish children with autism.

“We don’t know a great deal about autism,” Dr. Kurlan stated, “but virtually every human disease is a combination of genetics and environmental factors… Genetics looks to be the most important factor in the development of autism.” Like Dr. Kurlan, I believe wholeheartedly that my son Ethan’s autism is a result of genetics (both families) combined with the now-excessive environmental toxins, chemicals and plastics. Autism isn’t New Jersey specific; it’s universally prolific.

The gift of Jersey DNA

What is Jersey specific is that you can take a person out of Jersey, but you can never take New Jersey out of the person. True to his word, my husband and I settled in Connecticut. He may have won that battle but will certainly lose the war. You see, our son with autism fell in love with Springsteen and Bon Jovi music, so our home always rocks with a Jersey beat, and our daughter refuses to leave the house unless her outfit is adorned with an abundance of sparkles and spangles. Of all the gifts I could give my children, having Jersey DNA is the best gift of all. And they are the best argument for genetic predisposition, as far as I’m concerned.

Autism: Breaking up is hard to do
Autism and the special, special education
Autism and television: The big turn on