Parents with disabilities often face challenges that other parents don’t have to contend with, but having their kids taken away shouldn’t be one of them. 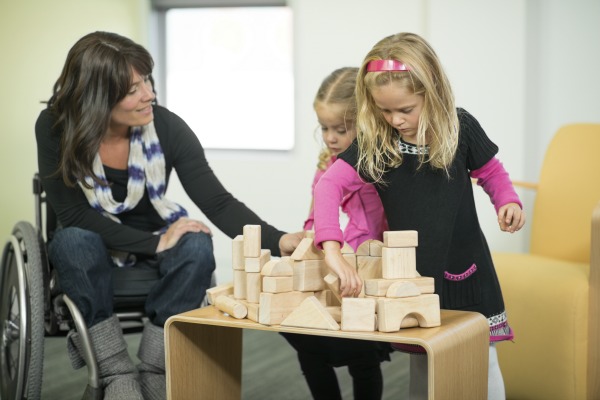 If you have disabilities, should that allow the government to step in and take your children away from you? Of course not — but you may not know that there continues to be discrimination at the hands of health professionals and social workers, and children of folks with disabilities are being taken away. It’s something everyone needs to be aware of and be concerned about.

The National Council on Disability reports that nearly one out of every 10 American kids has a parent with a disability. Within the last few months, they released a report that, among other issues, highlighted the disproportionate number of children that are taken away from Mom and Dad due to a parent’s disability.

It’s frightening. Many states actually allow for disability to be grounds for termination of parental rights. Read that again — and think about how horrifying that truly sounds.

The report contains stories from parents who have been through the child welfare system — some were successful in their battle to retain their parental rights, and others were not.

Sarah Kovac, whose amazing and inspirational story we highlighted last year, has Arthrogryposis Multiplex Congenita (AMC) and does many daily activities, including eating, driving and taking care of her 3-year-old son with her toes and feet. We were able to discuss this alarming practice with her to find out what it means to her as a disabled mom.

“Parents with disabilities are not seen as ‘capable, until proven otherwise’ by many of their peers, or tragically, their government,” she shared. “In much of the United States, simply being a person with a disability is the only reason needed to have your children taken away. Legally, it is more difficult to keep custody of our own biological children than it is to lose custody. It is unfortunate and terribly unjust that people like me have to fight to be the parents that we are.”

She recounted her fears that have developed since the birth of her first child three years ago. Even before she had heard of a single instance of a parent losing their child because Mom or Dad had disabilities, she worried about taking her little boy out into public. “I was so scared to make a mistake in front of the staring passer[s]-bys that I wouldn’t take the risk,” she said.

She explained that parents with disabilities are no different from their peers — that they would do everything within their power to keep their children safe. “By all means, if a parent’s disability causes a child harm, step in,” she told us. “But until that point, I think we deserve the respect to be assumed capable, unless proven otherwise.”