Are you looking for a baby name that is out of this world? From Skylar to Luna, check out our picks of space travel baby names that will have you over the moon. 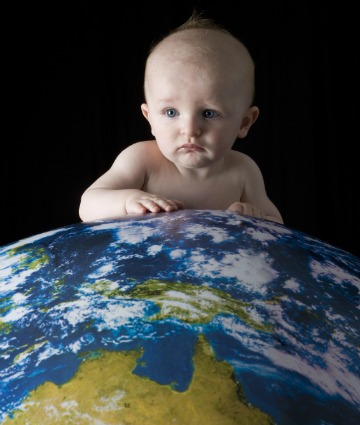 Space baby names are the hottest new trend on the playground. Erykah Badu named her daughter Mars, while Sex and the City star Chris Noth named his son Orion. Actress Constance Marie jumped on the trend when she named her daughter Luna, while Rachel Zoe named her son Skyler.

Looking for your own space-inspired baby name?

Beautiful baby names from the stars

Why not name your baby boy or baby girl after the stars in the sky? Starting with the most obvious, the name Star or the alternate spelling Starr, is a beautiful choice for a baby girl.

Sirius is another great name that can be given to a boy or a girl. Sirius is also known as the Dog Star and is the brightest star in the sky. If the name Sirius only has you thinking of XM satellite radio, then consider these other options:

Perhaps you would like to name your baby not after just one star, but an entire group of stars that form a cool pattern called a constellation. There are actually 88 recognized constellations — and we hand-picked the best names from the batch.

The following planet baby names have a celestial sound to them.

Planets and moons and comets (oh my!)

Pluto is no longer considered a planet, but a “planetoid” — but still makes a cute name.

The moon is characterized as a satellite of the Earth, however moon in Italian is Luna — which makes a lovely baby girl name.

Aurora, after aurora borealis (also called the northern lights) is another beautiful name for your baby girl and is from the Roman goddess of Dawn.

You can also consider using the names of comets, such as: