Parenting takes a crazy turn when your child becomes a tween. When Jada Pinkett Smith’s 12-year-old daughter Willow decided to shave off her previously full head of hair, her mother didn’t think twice. 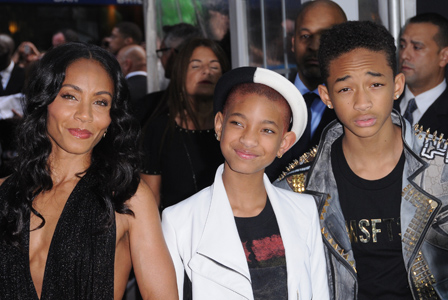 Critics have blasted Jada Pinkett Smith, claiming she is too lenient of a parent. Is she too relaxed, or is she onto something we could all learn from?

Pinkett Smith has been accused of having a somewhat liberal approach to parenting. She and her husband, actor Will Smith, are parents to a son Jaden (14) and daughter Willow (12). Raising children to think for themselves and make competent decisions is one of the toughest things a parent can do. Stepping back and letting them make choices is important — but how far is too far? 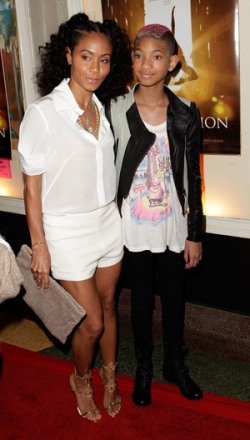 Willow Smith — possibly best known for her hit video and song “I Whip My Hair Back and Forth” — made the decision in February 2012 to shave off most of her hair. The result was a backlash against her mother in the parenting community for letting her make such a bold decision about her appearance. This led Pinkett Smith to defend her parenting style on her Facebook fan page.

“The question why I would let Willow cut her hair, first the let must be challenged,” says Pinkett Smith. “This is a world where women [and] girls are constantly reminded that they don’t belong to themselves — that their bodies are not their own, nor their power or self-determination. I made a promise to endow my little girl with the power to always know that her body, spirit and her mind are her domain.”

Your low self-esteem may be hurting your daughter >>

Parents of tween and teen girls have the difficult task of building their daughter’s self-esteem in a culture that is bound by specific measures of beauty. Young girls see media images of long hair, large breasts, flat tummies and long legs and feel pressure to measure up. According to the NYU Child Study Center, starting in the preteen years girls shift their focus to their appearance — which then becomes an all-consuming measure of worth. For many girls, self-esteem becomes too closely tied to how their bodies look, not what they are capable of doing.

The belief that young girls should be in charge of their own bodies is at the core of this parenting decision. In an interview with Parade magazine, Will Smith discussed his take on his daughter’s decision to shave her head.

“When you have a little girl, it’s like how can you teach her that you’re in control of her body? She can’t cut my hair but that’s her hair,” he shares. “She has got to have command of her body.”

Her mother echoed the same sentiments in her Facebook fan page message. “Willow cut her hair because her beauty, her value, her worth is not measured by the length of her hair. It’s also a statement that claims that even little girls have the right to own themselves and should not be a slave to even their mother’s deepest insecurities, hopes and desires.”

So is this parenting style really too permissive, or are they onto something? Linda Sonna, Ph.D. is the author of The Everything Tween Book: A Parent’s Guide to Surviving the Turbulent Pre-Teen Years. “Parents who rely on this approach [permissive parenting] are friends to their children,” Sonna shares. “They trust them to make good decisions and believe that children need freedom and autonomy in order to flourish. An advantage of this approach is that the high level of parental acceptance promotes emotional closeness. A disadvantage,” she adds, ”is that some children have difficulty with the lack of clear structure and direction.”

Tweens and teens need to build the confidence to make decisions on their own. As long as their decisions are not causing harm or breaking any laws, step back and let them try. They are well on their way to becoming competent young adults one day.

More on parenting tweens and teens