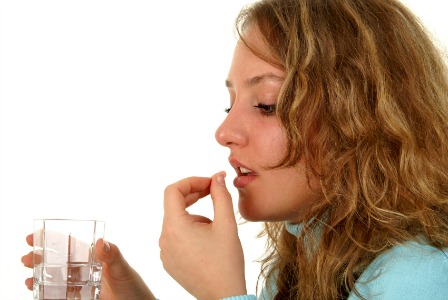 Should teens be counseled about emergency contraception in advance of needing it? Does presenting these pills as an option make teens less likely to use birth control?

The morning-after pill is a form of emergency contraception used to prevent unintended pregnancy when a woman has had unprotected sex or experienced a birth control failure. Pregnancy prevention after unprotected sex is possible because conception doesn’t usually happen immediately. According to the Mayo Clinic, morning-after pills do not terminate a pregnancy that has implanted in the uterine wall, but they act to prevent a pregnancy from occurring. This is done by preventing or delaying ovulation, preventing the fertilization of the egg or preventing the implantation of a fertilized egg.

Teens and the morning-after pill

There has been ongoing debate as to whether or not these pills — also referred to as Plan B — should be available to teenagers without a doctor’s prescription. Currently 17-year-olds can get emergency contraception by showing identification at any pharmacy, but teens under 17 need a prescription.

Read why clueless teens are getting pregnant >>

The American Academy of Pediatrics (AAP) has recommended that all teen girls be given an advance prescription for the pills, and doctors can start talking to patients as young as 10 years old about emergency contraception.

Cora Collette Breuner, M.D., M.P.H. is a professor of pediatrics at the University of Washington School of Medicine and Seattle Children’s Hospital. She is also a member of the American Academy of Pediatrics Committee on Adolescence. We asked her if all teens should be given an advance prescription for the morning-after pill, or only those who are known to be sexually active.

Are teens playing it safe, or still taking risks? >>

For parents of teen girls, these recommendations may feel a bit invasive — crossing the line between providing medical care and parenting. Yet as children head into their tween years, their relationship with the pediatrician or family physician changes to reflect their different needs. “All teens should have a conversation with their health care provider about sexuality — as well as other issues including texting while driving, seatbelts, alcohol and depression,” says Dr. Breuner. Opening these lines of communication early can help your teen take better care of herself as a young adult.

Won’t they have more sex?

Some argue that with increased availability of the morning-after pill, teens will have more unprotected sex — and become sexually active at an earlier age. Dr. Breuner disagrees. “We have no data to suggest that,” she shares, and those who advocate for the prescriptions agree. Sarah Brown, of the nonprofit National Campaign to Prevent Teen and Unplanned Pregnancy, says, “Good information, in fact, has a protective effect. What we’ve learned from good research is that talking about these issues helps young people have a plan, understand it and know what they would do.”

Arming your teenager with as much knowledge as possible is the best way to raise a healthy, competent adult. Take the time to speak with your teens about sexual activity often, and keep those lines of communication open.