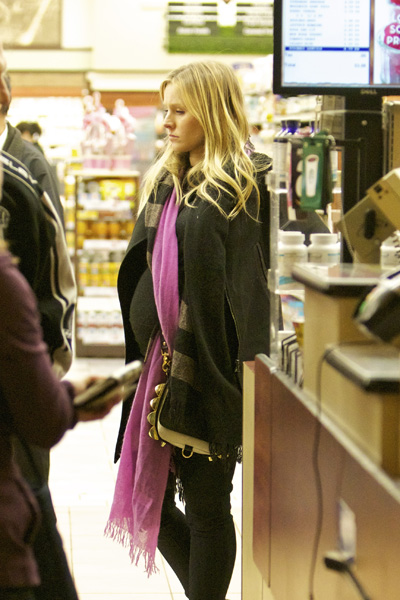 Actress Kristen Bell shows off her growing baby bump as she was spotted doing some holiday shopping at a grocery store in California. Bell and her fiance, Dax Shepard, are expecting their first child together this spring.

“Obama won the election and I am getting fatter by the day,” the 32-year-old actress tweeted. “America has never been luckier.”

The actress joked during a radio interview about her pregnancy weight gain.

“I am currently quite a bit overweight,” she said. “I’m about 367 pounds. I’m not sure how far that is in months, but in pounds, that’s where I’m weighing in.”

All photos WENN unless noted otherwise

Bring the Waterpark Home With These Inflatable Splash Sprinkler Pads