Judd Apatow’s latest comedy, This Is 40, hits theaters Dec. 21. The spinoff sequel to the 2007 hit Knocked Up takes a comedic look at family life as a husband and wife approach the milestone meltdown of turning 40. 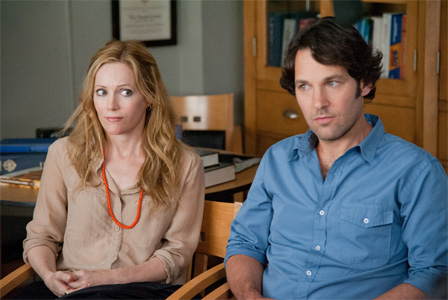 It’s five years later and Pete (Paul Rudd) and Debbie (Leslie Mann) are married with two growing daughters. The film offers a funny, honest portrayal of the challenges (and rewards) of parenthood. This Is 40 follows the couple’s three-week navigation of sex and romance, career triumphs, financial hardships, aging parents and maturing children. 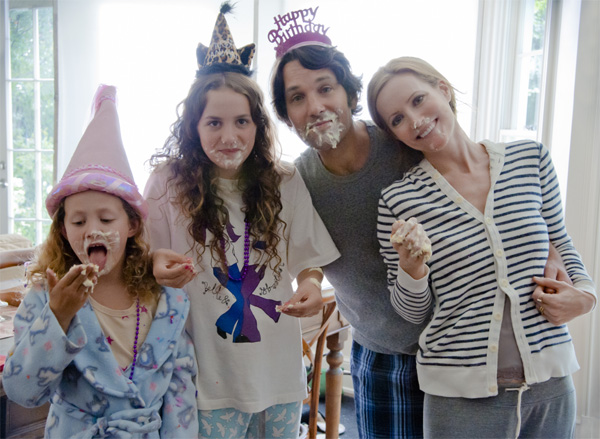 If you are anywhere near this milestone age, you know what this is all about. That 40th birthday looms large and threatens to be the end of your youth. Why not embrace this new age — the good, the bad and the hysterical?

Real women talk about their This Is 40 moments

Turning 40 doesn’t have to be the end of youthfulness and fun. While it may feel like you’ve turned into your own parents, there may be a silver lining to this new decade. Slip on your comfy shoes and grab your reading glasses — we found a few couples with a humorous take on turning 40 — I’ll go first. 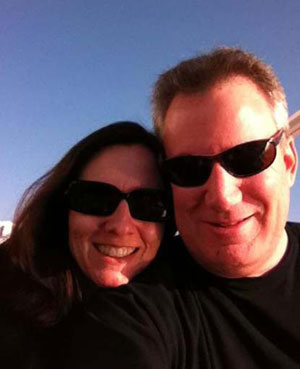 My husband and I were both born in the same year, so we sort of turned 40 together — although I always point out that he got there nine months before I did. I can distinctly remember the morning of my 40th birthday — coaching my daughter’s soccer game under blue skies with a Starbucks in my hand. Life is good, I thought to myself smugly. I can do this.

Not too long after we had entered our 40s, a college friend of ours and his wife invited us on a houseboating trip on Lake Powell. There would be seven couples in all, all of them about 8 – 10 years younger than we were. I felt smug (again) and confident that we would not only be able to keep up with the youngsters, but maybe even make them think that 40 was, in fact, cool.

After the first day of tropical cocktails, loud music and sleeping on the top deck with 13 other people, I felt like my grandmother. Great grandmother, even. My hips hurt, I needed some antacids, I could no longer understand the lyrics to the loud music and I may have needed a shot of prune juice. The trip was way more fun than anyone should legally have — and I am totally glad we did it. But it was then that I realized that my 40s might be a bit stiffer than my 30s.

Bouncing back — or not 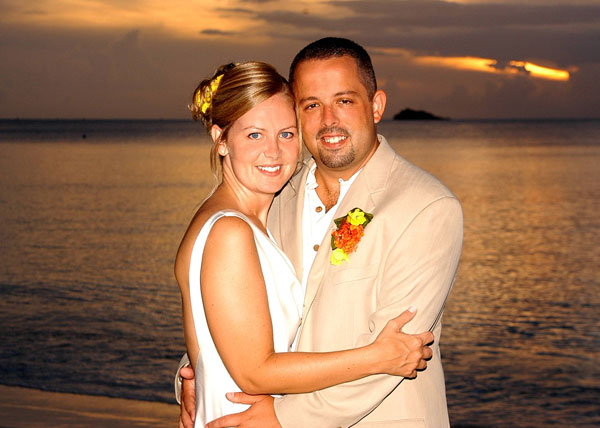 SheKnows columnist Nichole Beaudry remembers some almost-40s fun she had with her husband Craig. “A couple of years ago, Craig and I rented a bounce house for our daughter’s birthday. It was a huge hit with the kids. They jumped and squealed all morning long and they barely made it to nap time.”

“As soon as we tucked her in, we ran back outside and climbed into the bounce house. We jumped and jumped and laughed like we were teenagers. It was one of the silliest afternoons we’ve ever shared and I’ll always remember it. Partly because it was so fun.”

“But mostly because of the huge price we paid for that afternoon of fun. When we woke up the next morning, we were in a world of pain. Neither of us could walk without wincing. Or lift our arms. Or climb the stairs. We sat on the couch, watching our kids run around and became fully aware that we are no longer in our twenties!” 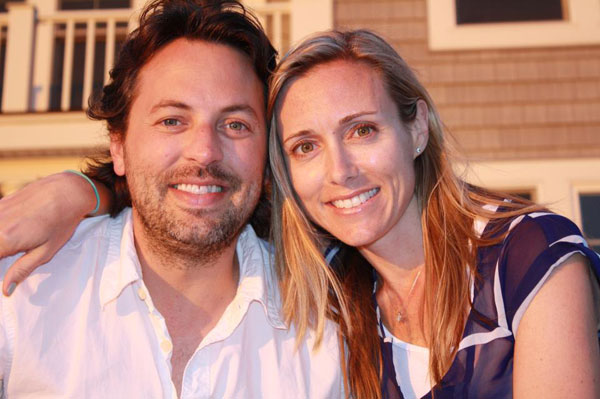 Katie Hurley and her husband Sean have certainly noticed some changes as 40 looms in the distance — the most notable involving teeth — teeth that practically require more attention than their children’s at this point. Katie has had to have three fillings replaced, and apparently those fillings were so old that they caused new cavities!

Hair, there and everywhere 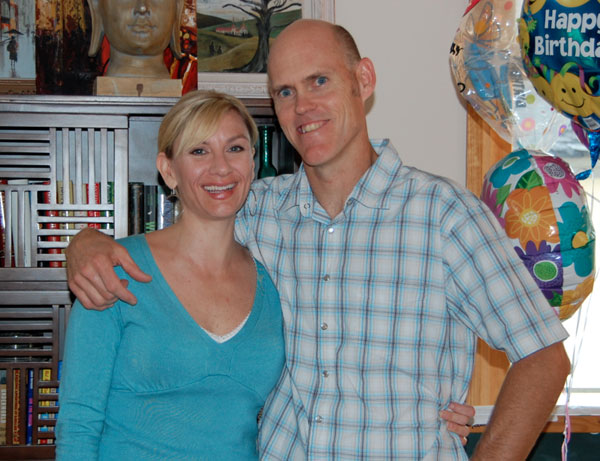 Freelance writer and editor Deb Anderson and her husband Kevin can remember thinking that 40 sure seemed old. “I clearly remember my dad’s 40th birthday and all the gag gifts he received — an electric nose picker, a T-shirt that read ‘I’m not married and I don’t have kids’ (he had four) and a pen#s propper-upper. I recall being surprised that ‘old people’ had senses of humor.”

“So it’s especially fun for my husband and I when our kids ask us questions like, “Can you tell us about the days of yore?” and “What was music like in the 2000s?” and “How old do you have to be to get underwear that looks like a hammock*?” Because we’re keeping the humor alive, and when you’re in your 40s and beyond oh my God you need to keep the humor alive.”

“Especially when your spouse has gray hairs in places he has to bend over to see.”

“I’m just lucky I’m growing old with a guy I can laugh with, even if he does wear hammock underwear.”

How about you? Care to share any funny stories about your journey into your 40s?

When My Mother Was Diagnosed With Cancer, Our Whole Dynamic Changed

4 hrs ago
by Holly Garcia