Though all marriages can be trying and stressful — whether you are the parent of a child with special needs or not — it doesn’t mean we can’t all find our own version of the American Dream.

Related story Jana Kramer Was Reportedly 'Scared' of Being a Single Mom Before Finally Filing for Divorce
Happily ever after? 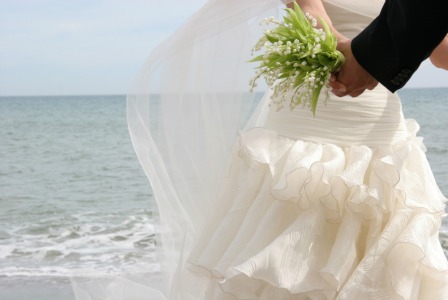 About half of marriages end in divorce, and for parents of children with special needs, the divorce statistics are even more grim. 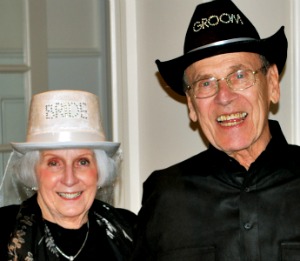 On Sunday, December 9, 2012, my parents celebrated their 56th wedding anniversary. If you ask my father about being married to my mother for 56 years, he invariably replies, “They were the best 18 years of my life.” When you’re married 56 years, rule one for survival is a sense of humor.

In those 56 years, my parents lived the proverbial American Dream: 2.5 children (they had three); a home with a white picket fence (it wasn’t so much ”white picket” as it was a large raised back deck with a barbeque grill and outdoor furniture); a dog (Daisy, a Bichon Frise, whose cremated ashes were placed in an English tin and — at my grandmother’s request — buried with her when she passed a few years later); a station wagon (a 1973-1974 Oldsmobile Custom Cruiser dubbed “The Big Banana” for its yellow and brown paint); and, what I can only assume was manageable debt.

My dad, an assistant principal at a junior high school was also a well-known New Jersey society band/orchestra leader, and mom, a legal assistant at a law firm begun by her father, managed to put all three kids through college, plus one brother through law school and another brother through medical school. (Note: Brother One got the street smarts, Brother Two got the book smarts, and so all that was left for yours truly was personality.) 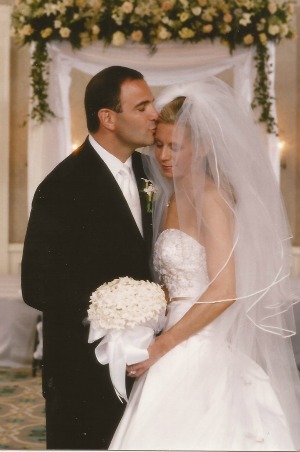 On April 25, 2013, my husband and I will be married nine years. We too, live the media’s version of the American Dream, with a few modern modifications: 2.0 children (a son with autism spectrum disorder and a daughter who is 5 going on 25); a home with a New England stone wall instead of the picket fence; no dog… yet; a minivan (which sucks out every last ounce of my sexuality); and what I can only assume is manageable debt. (Every month, my husband says, “Can you please try to curtail your spending?” And every month, his request is subliminally erased from my memory.)

Even with the American Dream at our fingertips, the thought of being married for 56 years like my parents is scary.

Don’t misunderstand. My husband, whom I love as much as the day we married, is one of the two most wonderful men on the planet — my dad being the other. He’s incredibly smart, considerate, handsome, empathic, an excellent father, son, brother, uncle and provider. (I’m not just saying that because I want a new pair of shoes. This time.) What scares me is the rumored divorce rate for parents of children with special needs.

While the national divorce/separation rate for first marriages hovers at 40 to 50 percent, divorce rates for parents of children with autism spectrum disorders (ASD) specifically, is said to be as high as 80 percent. Eighty percent!

While there is little empirical or epidemiological research on the topic, there are two studies worth citing. In their most simplistic form, the first one from The Journal of Family Psychology, August 2010, (Hartley, SL et.al.) entitled, “The relative risk and timing of divorce in families of children with an autism spectrum disorder” concluded: The divorce rate for parents of children with ASD is higher. The second study from Journal of Autism Developmental Disorders, May 2011 (Freedman, B.H. et.al.) entitled, “Relationship Status Among Parents of Children with Autism Spectrum Disorders: A Population-Based Study” concluded: The divorce rate is the same for parents of children with ASD as for parents of neurotypicals. Helpful, no?

My husband and I do tend to have different parenting styles: He feels a warm forehead is cause for national alarm; my approach is to simply give fever-reducing medicine, wait and see. He constantly worries if we’re doing enough to further Ethan’s progress; I believe that the 10 different therapies/activities he has each week have more than proven their worth.

While neither scientist nor mathematician (I don’t even play one on TV), for parents who have children with ASD, the equation is positively Pythagorean Theorem-like: Greater financial/emotional burden + convoluted family dynamic = greater marital strain. Every marriage has strain; the addition of a child with special needs merely magnifies that strain. Still, our children are the lights of our lives, and we wouldn’t change a thing. Stress or no stress.

The American Dream is what you make of it. Life holds no guarantees. As I’ve told my husband many times, “We will never get divorced because there is no one on this earth that I would rather infuriate, exasperate or embarrass for the rest of my life than you.” It’s meant in the most loving way possible. In the meantime, is it too early to send out save-the-date invitations for April 25, 2060? That’s the day my 98-year-old husband and I will celebrate our 56th wedding anniversary.

The passion of autism
Autism: Let there be light
Autism: That’s what friends are for