Jenny McCarthy is our January Girl Crush for obvious reasons — she is a hilarious and hot hands-on mom who also happens to be a best-selling author. 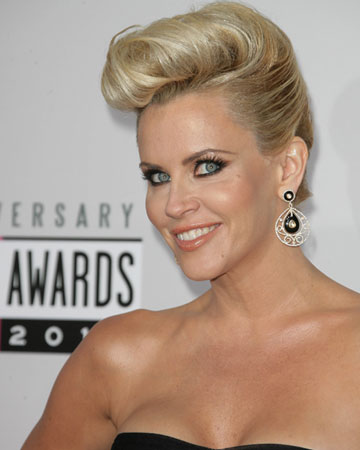 McCarthy, who has a son named Evan, recently opened up to us about her somewhat surprising parenting role model.

Jenny McCarthy first came on the scene in the late 1990s as the gorgeous host that wasn’t afraid to make ugly faces and put men in their places on the MTV show Singled Out — and yes, her Playboy pics didn’t hurt her rise to fame. However, she has since become a mom and best-selling author of six books, including the hilarious must-read, Baby Laughs: The Naked Truth About the First Year of Mommyhood.

McCarthy, 40, is a single mom of her 10-year-old son Evan with her ex-husband John Mallory Asher. Evan was diagnosed with autism when he was 3 years old and McCarthy has been an outspoken activist for the disorder. Whether you agree with her beliefs or not (she has said that there is a connection between vaccines and autism), it is hard to deny her passion for finding a cure for autism and her dedication to her son.

Which leads us to our question for McCarthy. Which celeb parent does she admire the most?

Grant, like McCarthy, is also a single parent. The About a Boy actor welcomed a daughter named Tabitha with actress Tinglan Hong last year and he told Ellen DeGeneres that his daughter was a happy surprise.

“I can’t pretend it wasn’t a little bit of a surprise but, it’s a very nice surprise,” he said. “The baby’s name in Chinese, because the mother is Chinese, means ‘happy surprise.'”

Grant, who usually keeps his private life under wraps, said having a baby has changed his life. “It’s surprising that everyone was right all these years, saying, ‘Hugh, why don’t you have some children? It changes your life!’ and you’re thinking ‘Oh, shut up.’ And now that I have, it is life changing. I recommend it. Get some.”

Who are some other single celebrity parents that make great parenting role models? 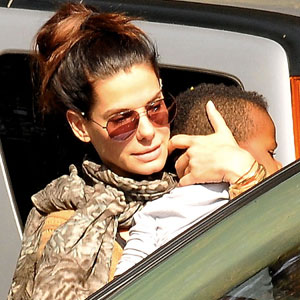 Sandra Bullock won an Oscar, discovered her husband Jesse James was cheating on her and adopted a baby boy named Louis Bardo — all in one year! Bullock didn’t let it get her down that she would be raising Louis as a single mom. In fact, she and her adorable boy are doing better than ever! 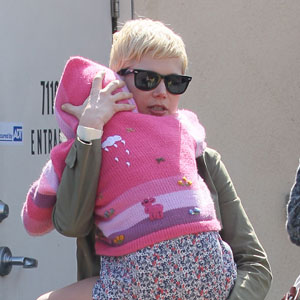 Michelle Williams is another single celebrity mom who has handled life’s ups and downs with grace as a single mom to her daughter Mathilda. Despite the fact that Heath Ledger, Mathilda’s father, passed away, she is doing a wonderful job with her adorable daughter. 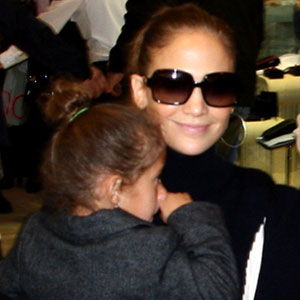 Jennifer Lopez and Marc Anthony seem to have the co-parenting thing figured out. Since their divorce, the couple is dedicated to play an active role in the lives of their twins Max and Emme. 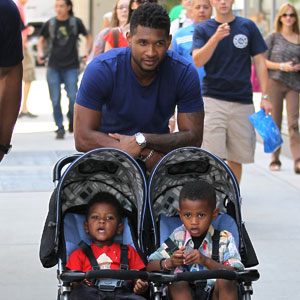 As far as celebrity dads, Usher is dedicated to his two sons, Usher Raymond V and Naviyd Ely, with his ex-wife Tameka Foster. “Having not had a father wasn’t a reason not to be a good father,” Usher said. “That was all of the reason to be a good father, because I didn’t have one.”