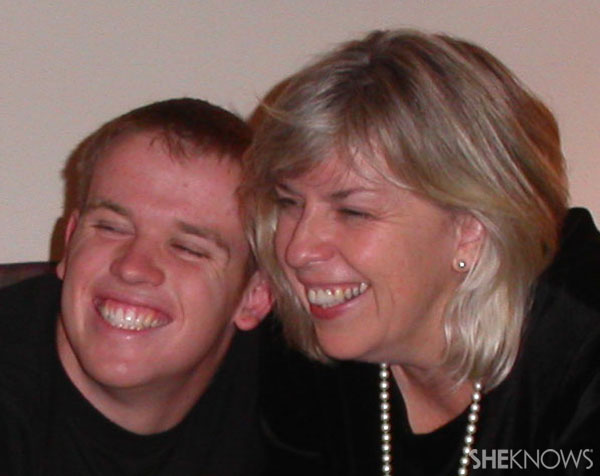 My son is in the Army and has been deployed three times at Christmas. Feelings are very tender at that time of year. My first impression was that there were people who hadn’t gone to his baseball games, scout outings and school programs that were trying to kill him — that was hard to comprehend. It’s painful to have a child in a place where you can’t reach them to give them comfort and love. I sent him care packages every month, I really couldn’t afford it, but it gave him so much pleasure to have little surprises and treats he loves from home. I missed him the most on his birthday and Christmas. His first year out was the worst — I didn’t know if I’d ever see him again. We prayed for him daily, he was a gunner on a Humvee doing missions in Iraq. He said there were times that sniper fire would be kicking up dust all around him, but he was never hit. I thank God for bringing him back safely. He called as he was leaving Kuwait to come home — I cried all afternoon.

His second deployment was hard on him because he knew what to expect. After Christmas we figured out that we could Skype with him because he had computer access. When I saw him, he looked terrible with dark circles under his eyes. I had just read an article about the high suicide rate in the military and was very concerned for his well-being. We Skyped with him often to encourage and give him support and love. He came through it, but with PTSD. He and his wife were at our house on the Fourth of July, we were on the grass in our backyard watching the fireworks, he had to go inside and wait it out. He’ll never complain, he’s a good soldier and an asset to the military, but the wars have taken a toll on him; he has scars that we may never know of. We are very proud of him and grateful for his service to our country.