Joining the parent-teacher organization at your child’s school is a great way to be actively involved in your child’s education. 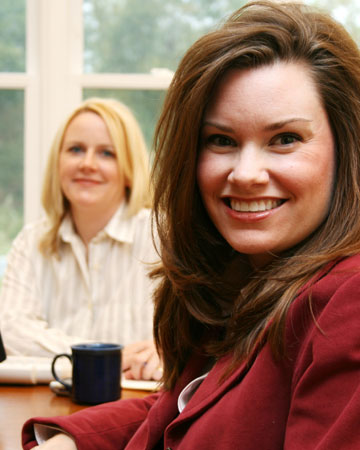 But sometimes, when a lot of different personalities come together for a cause, there can be drama. Don’t walk away — rise above petty politics and do what you can to improve this worthwhile organization.

The importance of the parent-teacher organization

Whether it is a dues-paying PTA or an independent PTO, a parent-teacher organization works with the principal to bring valuable resources and programs to your child’s school.

Katrina is the president of the PTO at her son’s elementary school and says the students (and teachers) would be sorely shortchanged without the organization. “We fund field trips, assemblies and classroom parties,” explains Katrina. “We decorate the school for holidays and events, and we buy a lot of supplies for the teachers that aren’t included in the district budget.”

Why you should join

Mom Kelli has two children in the elementary school and another who’ll start in a few short years. “I joined the PTO at the school’s first open house and I haven’t missed a meeting in five years,” she gushed. “I cannot think of a better (or easier) way to be involved in my kids’ education.”

Research indicates that when parents get involved, children do better in school, according to PTO Today.com. “It’s inconceivable to me that more parents aren’t willing to get involved,” said Katrina.

When helping becomes a chore

Unfortunately, not everyone finds joining the PTA or PTO to be a positive experience. Melanie eagerly jumped in with both feet but was soon overwhelmed. “I thought I’d volunteer an hour or so a month, but I was spending three or four hours every week at the school or another parent’s house.”

It’s easy to become resentful when volunteering becomes drudgery. “I was frustrated that everyone’s kids were benefitting from the efforts of just a few moms,” continued Melanie. “Many times I wanted to quit, but I didn’t want to let my own kids down.”

The work may fall to a “few” because the “many” either a) don’t see a need to step up, or b) don’t feel welcome. “The same clique of women ran our PTO for years,” said Robyn. “The president had four kids, and she planned to see every one of them through before she stepped down. She and her groupies didn’t need me.”

Helping or hovering: Why do you volunteer in the classroom? >>

After a dear friend was accused of stealing money (a common problem, according to PTO Today) from the PTO treasury, Luanne vowed she wouldn’t join until the leadership changed. Eventually it did. But one problem was replaced by another.

“I introduced myself to the new PTO secretary and asked how things were going with the new officers,” Luanne recalled. “My jaw dropped when the secretary said, ‘Oh, things will be better now that we’ve gotten rid of the dirties.’ Now I won’t go anywhere near the PTO.”

How to deal with a mean girl >>

Rising above the drama

Recruiting new parents isn’t the only issue. Conflict among active members can destroy the PTO’s efforts, projects and even the organization itself. If yours is unable to settle differences, then efforts should be made to at least move past them.

“Naturally, as with any politically-charged organization, personality conflicts will take place,” says parenting expert Dr. John Duffy, author of The Available Parent. “But if you keep the mission in mind — creating and maintaining the most effective learning atmosphere for children — you should be willing to work through those conflicts, find smart compromises and derive the most useful solutions.”

More on getting involved at your child’s school

Top ways parents can support classroom success
Real moms: How involved are you in your kids’ lives?
Moms make a difference in schools

3 hrs ago
by Isobella Jade