Social media is here to stay — and the next big thing is always just around the corner. 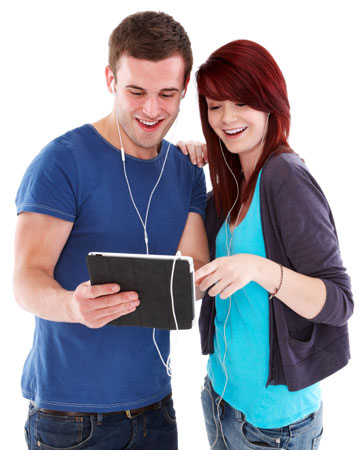 While Tumblr isn’t new, it isn’t a social media hangout that parents know much about. Why do teens love it, and what’s going on over there?

It’s hard for parents to keep up with trends in social media. By the time we jump on the bandwagon for the latest “cool” thing, the teens have already moved on. They’ve gone from MySpace to Facebook, turned Instagram into their 24/7 hangout and now have set up shop at Tumblr. What is Tumblr all about?

How big is Tumblr?

There are currently over 83 million blogs on Tumblr, with a staggering 37 billion posts — and counting. Founded in 2007, Tumblr now boasts 18 billion page views per month in 12 different languages and has grown into a huge online presence.

Like a cross between a blog and Twitter, Tumblr gives users the ability to share videos, music, links, photos, cool quotes and text from virtually anywhere. You can easily post from your phone, through email or from your browser — even phone in an audio post that will be heard within seconds by your followers. Users love the instant connection with their community, the ability to share so many different forms of media and the amazing creativity that Tumblr is known for. This is where creative types go to share, express themselves and find new ideas. There isn’t really another social media platform quite like it. “Follow the world’s creators” is their tagline, and rightfully so.

Teens are living in a world where everything they do demands a comment — now. Instagram has tapped into it with photograph sharing, but Tumblr takes it one step beyond. Have a blog post or stream of thought you’d like to share? End it with a question mark, and you’re given the option of having people in the Tumblr community answer your question. This gives teens a chance to air their views in a blog post, share something thought-provoking or just ask something silly — and get immediate responses. Followers make you popular on Tumblr, so sharing content, asking questions, re-blogging posts and following new people is the best way to make it work for you.

How to stop online bullies from harassing your child >>

What should parents know?

Tumblr isn’t a hangout for young teens or tweens. Some of the content is racy, and users can easily search content by hash-tagged categories used to tag posts, images and videos. Creators are encouraged to flag adult-oriented content as “not suitable for work” so that others can avoid such content if they choose to. There is nothing to prevent your teen from searching for adult-oriented content, however.

Guidelines for content are clearly spelled out on the Tumblr site. Users are cautioned against promoting any hatred or violence against any groups based on religion, gender, sexual orientation, race, age or for any other reason. Posts promoting self-harm, eating disorders or suicide are prohibited, as well as anything that may cause harm to a minor.

Tumblr may not be for everyone. For an older teen who is creative with writing, photography, art or just interested in connecting with other talented people, Tumblr may be right up his alley. If your teen is involved with Tumblr ask her to show you what she’s interested in and what types of content she shares. Staying informed about your teen’s activities on the internet is important, and by showing an interest in something he’s into and sharing that interest with you, you’ll keep the lines of communication open between the two of you.

Popular virtual worlds for tweens and teens
Teens and the consequences of social media
Can blogging be therapeutic for teenagers?