With so many teens owning smartphones, their online access is virtually 24/7 — and parents cannot possibly see or track their activities. A recent study suggested that teens that have smartphones are more likely to be engaged in risky sexual behaviors. 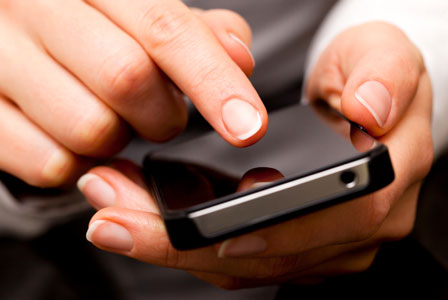 Having a smartphone gives them easier ways to hook up with others for sex, but what can parents do?

Your teen is hooked up with a smartphone, but that may not be all he’s hooking up with. If he has the ability to connect with others online instantly through a smartphone, you have virtually no control over who he is friendly with.

Eric Rice is an assistant professor at the University of Southern California’s School of Social Work, and is an expert in high-risk adolescent behavior and social network theory. Rice surveyed about 1,800 high school students in the Los Angeles Unified School District during the 2010 to 2011 school year. He found that teens with access to the internet on their phones were not only more likely to be sexually active, but twice as likely to engage in sex with a person they met online. A total of 47 percent of teens who owned a smartphone said they were sexually active, compared to only 35 percent of those without smartphones.

Teens continue to engage in risky sexual behaviors more than parents would care to know. According to the Centers for Disease Control and Prevention (CDC) statistics, 47 percent of U.S. high school students have had sexual intercourse, and a whopping 40 percent did not use a condom the last time they had sex. Almost one-third of high school students had engaged in sex during the previous three months and 15 percent had had sex with four or more people in their lifetime. Teens are putting themselves at risk for HIV infection and other sexually transmitted diseases, as well as increasing the possibility of an unintended pregnancy.

So why blame smartphones, when obviously teens are already engaging in risky behaviors? Rice points out that having a smartphone itself doesn’t lead to risky sexual behaviors, but it does make arranging sexual encounters easier. “It’s a tool through which this sort of behavior can happen,” says Rice. Parents who have spent a great deal of effort to secure their children’s online activities through the computer do not have the same ability when it comes to their teen’s smartphone. Rice adds, “I don’t know that we’ve thought through quite as clearly what it means for teens to have the internet on their phones 24 hours a day.”

What to do now

Talking to teens about sex isn’t just a one-shot deal. Parents need to continue a dialogue with their teens about all sorts of issues related to sexual behavior and health. Teens who understand the consequences of risky sexual behaviors are less likely to engage in them — smartphone or not. While it may be difficult to police the smartphone activity of your child, you can influence their thought process and ability to make good decisions. The CDC suggests that helping young people develop lifelong attitudes and behaviors that support their overall health and well-being is the best way to reduce sexual risk behaviors.

Don’t panic over your teen’s smartphone just yet. Keep those lines of communication open and keep talking about sexual health and behavior throughout their teen years. You just never know when they might be listening.