If you were one of the 10,000 people who read last week’s column — and by 10,000 people, I mean my husband, my mom and my dad — you experienced what was perhaps one of the great pieces of American literature since, well, See Spot Run. In short, the column traced (brilliantly, I might humbly add) the portrayal(s) of individuals with special needs on television, from the 1950s to present day. 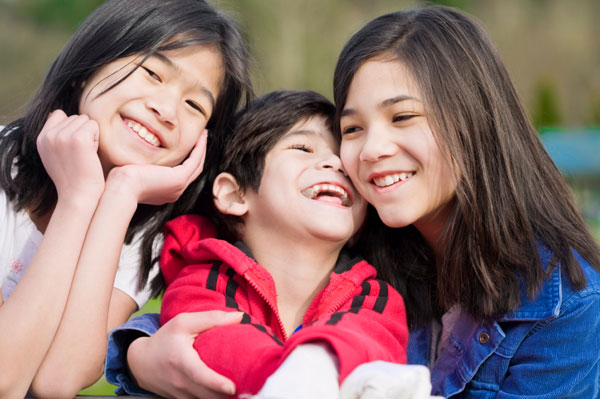 Many Hollywood celebrities and executives have been open and honest about having a special needs child or special needs relatives. No doubt, these power players have, to a certain degree, influenced how special needs are portrayed in multi-media. But, how can a regular “Joe-Schmoe” (like me) change the television landscape? The answer is easy when you follow this simple three–step checklist.

Step One: Birth or adopt a special needs child. (Check!)

Step Two: Be asked to write a column on autism. See Step One. (Check!)

Step Three: Have an overabundance of time, be slightly delusional, and be so egomaniacal and narcissistic that you actually think you can re-write existing television shows to suit your needs. (Check, check and check!)

With tongue-firmly-in-cheek, hereto with is a line-up of several television shows that could be rewritten so as to be more relatable to parents of special needs individuals.

This sitcom will now focus on the scientific achievements of six, good looking, brilliant Chicago friends who spend day and night in search of autism’s cause, treatment and cure. So as to not diverge completely from the original storyline, many scientific findings take place in the local bar, restaurant or bedroom.

The all-new Hoarders takes an investigative look at household products that mysteriously disappear — toothpaste tubes, shampoo, silverware, television clickers (OK, the last one is probably your fault) — only to be found days later in the far-reaches of attics or basements, and methodically and architecturally arranged by color and size order.

Last Resort and/or The Amazing Race and/or Raising Hope

A documentary-reality show that pits parents and caregivers with unmitigated passion against the clock — and local savings bank — as they travel from town to town, state to state, country to country, in search of hidden therapies, clues or nuggets of wisdom that give hope for viable treatment(s).

This retooled Louisiana-based crowd-favorite saga will continue to detail the lives (and after-lives) of vampires, werewolves, and shifters. The sleep-habits of Bill Compton and Eric Northman will remain, as we all relate to children who are wide awake when the sun goes down. The biggest change will be in the portrayal of the actual True Blood manufactured beverage; the liquid-gold in a bottle remains 100% pure-hematologic, but will segue into different varieties that are organic, peanut- and tree-nut free, gluten-free, DHA and Omega-3 fortified. The final episode of the new series will include a True Blood beverage with chicken nugget flavor and subtle French fry undertones.

This wildly successful sitcom will now focus on the parents of Sheldon Cooper, one of two lead characters who has Asperger syndrome. Viewers will have an up-close and personal view of Sheldon’s actual conception, or as much conception that network television can provide. (Big Bang Theory indeed.) Unfortunately, as many married couples can attest, the full episode will clock in at less than fifteen minutes, so viewers must prepare for numerous commercial interruptions. Moving on…

This dramatic show portrays the parents, caregivers, teachers and therapists for special needs children (en masse), in their quest to find the nearest bed, couch or floor so that they may take a well-deserved rest, regardless of how short that rest might actually be. (See above description of Bill Compton and Eric Northman.)

Hey Hollywood, how ‘bout them apples to get your creative juices flowing? Want to hear more? Have your people call my people; let’s do lunch.

The passion of autism
Autism: Let there be light
Autism: That’s what friends are for

8 hrs ago
by Kyunghee Kim